What is UV light?

Ultraviolet rays are a broad spectrum of invisible electromagnetic radiation. There are 3 types of Ultraviolet light: UVA, UVB, and UVC. Only a small part of the sun's energy reaches the Earth as ultraviolet light with wavelengths between 10 nm to 400 nm

UVA - that is closest to visible light, most UVA radiation is not absorbed by the ozone layer. It is used for tanning (linked to skin cancer) and can cause redness and photokeratitis (especially the newer UVA+B type bulbs).

UVB - that has partial protection by the ozone layer. The shortest wavelengths of ultraviolet rays are directly absorbed into the outermost layers of our skin cells. Harmful effects on human health include sunburns, premature aging of the skin, some forms of cancer (skin-related), cataracts, etc. Longer wavelengths of UVB produce Vitamin D in the human body.

UVC - strongly absorbed by the ozone layer, but some get through. Causes mutations in genetic material; it is particularly dangerous because it is not blocked by ordinary window glass.

What are the sources of UV light?

The most well-known source is the sun. Artificial sources include:

Lower energy forms of electromagnetic radiation that emit visible light are called "lamps". All these types of lamps produce UV rays beside the main visible light beam.. The amount of UV light emitted depends on the technology used in a lamp and its power rating. Note: It is possible for a tube with lower wattage to emit more UV than a higher wattage does!

How do UV rays affect the human body?

UV rays are responsible for skin aging (by causing cross-links in the collagen). UVB cause sunburns and UVA also contributes to sunburns by sensitizing the skin. Prolonged exposure to these types of light is thought to be responsible for any changes that take place in the skin leading to melanoma (skin cancer) .

UV radiation can induce mutations in cells, causing them to become cancerous when exposed to certain substances. Some studies link sunlight exposure with cataracts. There is also evidence linking UV exposures with some forms of autoimmune diseases such as lupus erythematosus.

The most common effects include headache, nausea, fatigue, depression, eye irritation, etc. Most notably the eyes are very sensitive to UV rays. Direct exposure even for minutes is known to cause ciliary spasms, especially in the eyes' of dark-adapted subjects. Chronic exposure may result in the formation of cataracts.

Modern LED lamps are certainly not a source of strong UV radiation. However, the technology is improving every day and new types of LEDs have entered the market, some traditional types now make use of blue LEDs (in order to light up white areas more efficiently with less power), which create high powered bluish light.

There are still some concerns about these new lighting technologies; for example, if they may be dangerous to human eyesight due to their high energy output in this particular band. Several experiments with insects (bees) show that artificial lights emitting higher amounts of bluish-violet light tend to confuse bees during their flight orientation behavior. 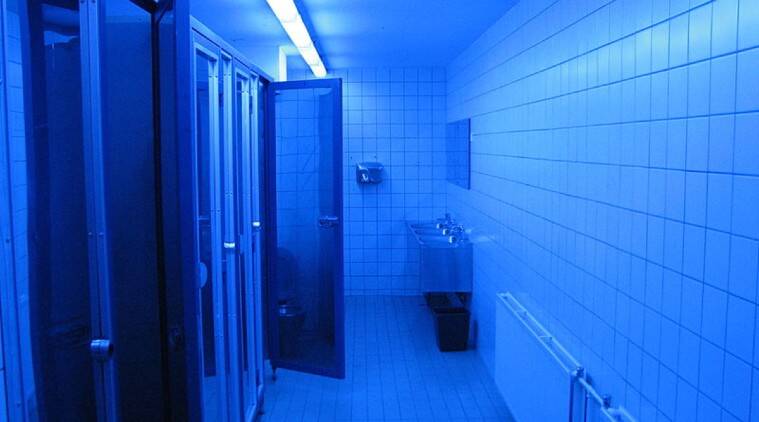 What about the LED bulb's radiation?

But what if a new kind of LED lamp emits UV rays? As far as the low-energy LEDs are concerned, they do not emit any dangerous radiation. Please also note that a large number of white LED lamps made in China have been recalled by the US CPSC due to high lead levels.

In addition, it is important to be knowledgeable about the safety aspect of any product you buy from outside your country. For example, old Jefferson Highway street lights containing PCBs were recently replaced with LED lights on the New Orleans' West Bank Expressway.

There is an environmental concern because there's no way to know if those LED fixtures have been recycled responsibly and whether residues from PCBs contaminated by previous light bulb technology may not still remain attached to some parts of the new LED units.

If you are wondering whether LED bulbs emit radiation or not, as a general rule they do not. But again, the quality of the different products is variable and may sometimes be misleading.

Do other types of bulbs emit UV rays or radiation?

Incandescent or fluorescent bulbs are also commonly used. They do emit radiation in the form of infrared rays and visible light. This is because they make use of a wire filament which reaches very high temperatures when an electric current in passed through it. Because of the high temperature, these light bulbs emit infrared radiation and small amounts of ultraviolet radiation.

Most incandescent lamps do not produce a large amount of UV because they contain a very fine wire which is coated in a glass jacket that blocks almost all UVC emissions. However, some special types of incandescent lamps such as "blacklight" or germicidal lamps produce significant levels of UVC because the glass envelope has been made thinner to allow this particular wavelength to escape from the filament. In other words, these types of bulbs should not be used for illumination purposes.

As concerning CFL bulbs, they contain gas under low pressure. In order to start the lamp, an electric current is forced through the gas by electrodes located at each end of the tube. As a result, electrons are released from their atoms and molecules, thus creating an electrical arc that emits ultraviolet radiation a small amount of white light.

This phenomenon allows CFLs to "shine" brightly when they are turned on, but it also means that after a few months of use they can emit significant amounts of UV rays as well as ozone (another harmful type of radiation). Do not install these types of bulbs where there is no protection against them or in areas where people live or work for extended periods.

How do I protect myself from potential harm?

A general rule - avoid direct exposure or prolonged exposure to any type of light that emits energy in the ultraviolet band. It is not necessary to spend too much time in front of a computer or TV screen; whether LED, LCD or plasma. Keep this in mind especially when you are looking at your computer display at night without wearing deglutition glasses (sunglasses) which can filter out harmful UV rays.

As far as LEDs are concerned, they cannot emit strong amounts of UV radiation since their technology produces lower power levels than other lamp types. But please note that it is advised to keep children away from any kind of high-powered light source including "white" LED lamps.

It should be noted that there are no scientific studies that prove LED lights can our DNA though some researchers claim that LED lamps can harm our skin, eyes, and immune system.

An LED lamp's radiation is not dangerous in general provided it has the correct power rating. If you are still concerned about your safety when using light-emitting devices (LEDs or not), please consult a physician specialized in photobiology/light therapy who will be able to advise upon your specific needs. 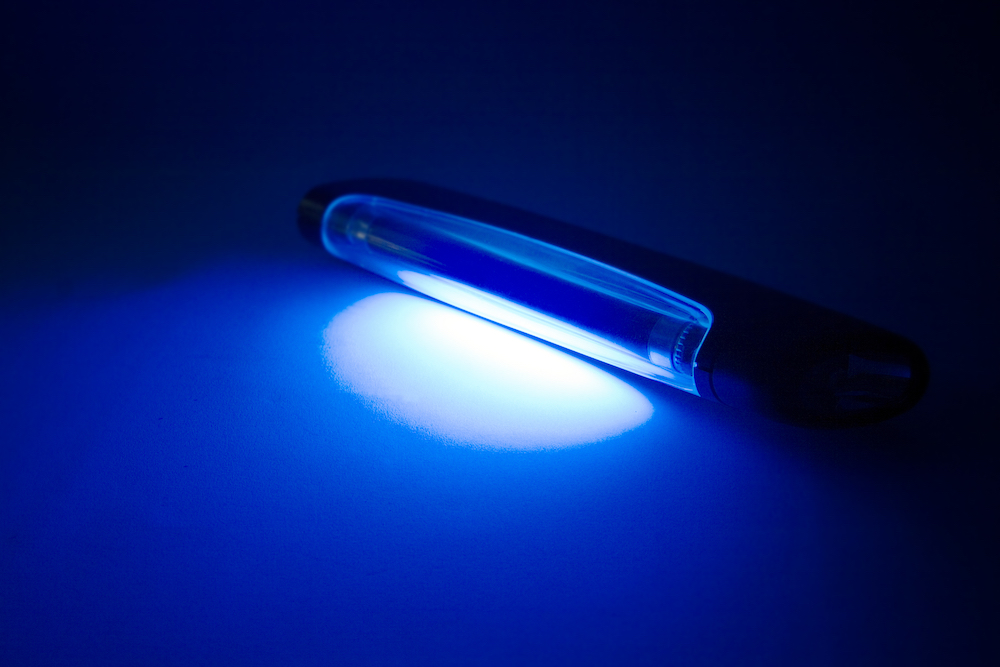 How to reduce the UV output from a bulb?

There are several ways to reduce UV output from a lamp - using a phosphor coating, coated glass or quartz instead of ordinary glass, coatings with specific UV reflective properties, or using aluminum instead of clear glass or plastic lenses.

Phosphor material coatings are used in most modern lamps to filter out UV radiation, either by converting it into visible light or allowing only a portion of the energy to pass through to produce a warm white light.

Some lamps use a special gel that absorbs almost all ultraviolet and infrared wavelengths from the lamp's total spectrum before they reach the bulb which then emits an overall whiter - but less intense - light. In this way, even low-energy bluish lights can be filtered out.

In other words, when you look at a filament lightbulb without its coating, you'll see it is reddish-orange in color since it also emits lots of infrared radiation (heat) and very little blue or UV. But when coated with phosphor material emitting in the visible or near UV band, but not the heat-producing infrared range, the light will turn white.

Can I have a safer LED lamp?

Most likely - yes. But let's first talk about safety. There are companies that produce special made-for-purpose lights with some form of filtering technology to reduce harmful UV radiation and make them safe for children and pets.

But these lamps come at a premium price as they usually use special coatings or glass filters. You can do this yourself by finding out if your current LED bulbs (or any other type of bulb) is covered by a warranty and then see if it can be exchanged within the 14-day cooling-off period provided you keep your receipt. Cheap low wattage LED lamps or SMD LEDs cannot be filtered to the same extent as regular LED lamps.

But you can also apply some do-it-yourself (DIY) methods like using a lens that has been specially coated with a UVA and UVB protective layer adhering an Anti-UV sheet on windows and glass surfaces and applying filters over windows and glass doors.

How to find out if your lamp emits harmful radiation?

None of this cheap low-wattage LED lamps or SMD LEDs can be filtered to the same extent as regular LED lamps. So do not rely on the safety of low-cost LEDs. You should also check the manufacturer's information regarding UV radiation - some lamps emit very little UV, but it is advised to always read the specification sheet. If you are in doubt about any specific lamp or if you have children or pets please contact a photobiologist before using it.

The increased use of LED technology has sparked concerns that these types of lights may damage our skin, eyes, and immune system since they emit high levels of ultraviolet radiation ( UVA/UVB ) which many experts believe can cause premature aging, cancer, and other degenerative diseases.

Some manufacturers claim their LED products are safe for consumers because they produce little ultraviolet rays while others have even included an ultraviolet sensor on their products to measure the radiation and automatically switch them off if harmful levels of UV are detected.

But experts warn that these claims about low emission of UV light may be just marketing ploys because LED lights may still harm human health.

What should you do with radioactive lamps?

So, if you noticed that your bulb emits too much UV light or, even worse, radiation, you surely will want to dispose of it. But, before throwing it in a trash can, you should take some precautions:

First of all, NEVER EVER break a glass lamp or try to burn its plastic cover with fire! You will get thousands of very tiny particles that won't necessarily dissolve in water and could be then inhaled by someone who deals with the disposal. In this way, you can harm yourself, your family, and especially children.

So get rid of the lamp the safest way possible - wrap it up in several layers of paper and put it in a trash bag. Then take the trash outside and place it at least 100 feet away from any human dwelling area.

Finally, if you don't want to risk simply throwing a potentially dangerous radioactive lamp somewhere on a street for a garbage man (or garbage lady) to pick it up, you may want to look into recycling options. You should take this issue seriously if your lamp is an old-fashioned long tube because there are many towns that require you to recycle your lamps. Search "LED recycling" on Google along with your city or state and see what can be done in your town.