What is a photocell?

A photocell is a light-sensitive device that is used to detect light and respond to it by regulating the flow of electricity or altering its resistance.

Photocells are used in many applications such as timers on lights, motion sensors, etc. Photocells can also be found in solar panels, where they help regulate how much power is produced from the sun's rays. Photocells are also known as light-dependent resistors (LDRs) and photoresistors.

How do they work? Photocells work because when light hits them, they reach a point called the light threshold. At this point, the photocell's electrical resistance decreases.

Consequently, when exposed to bright sunlight or artificial light, photocells are used in automatic control applications—for example controlling lighting times in response rooms with daylight exposure only (no electric lights), by controlling sprinkler valves on lawns in sunny weather, etc., turning off streetlights when there is no traffic at night, etc.. Photocells are also often referred to as LDRs or photoresistors.

What is the function of a resistor in photocells?

Photocells operate by changing electrical current into light energy, meaning that they give off voltage as soon as their sensors detect sunlight. To avoid shorting out power from lights connected directly to these devices, it's wise to use a resistor with them first.

Resistor values usually start at around 1kΩ and go up from there depending upon how many lumens your LED uses per watt - simply select one which will limit incoming voltage but does not cause the LED to flicker or turn off entirely. Resistance should be measured in ohms (Ω) and can be taken from the specifications on your specific device (always check first!)

Are all photocells the same?

No, there are different types of photocells that use different mechanisms to detect light. Some common types include Cadmium Sulfide Cells (CDS), Silicon Photodiodes (SPD), Phototransistors (PT), and Photo Voltaic cells (PV). All of these work differently but have the same goal - to recognize or measure light.

This type of photocell work by using cadmium sulfide and zinc oxide. The composition of these two materials creates a semiconductor that is sensitive to light. The photocell works by converting light energy into electrical energy.

This type of photocell work by using silicon and metal-oxide semiconductors to produce an electric current when exposed to sunlight or other forms of light. Passive infrared motion detectors, automatic night lights, etc., are all examples of devices that make use of SPDs.

Phototransistors work in much the same way as solar cells do – they allow current to flow through them when exposed to sunlight or another form of light source. In addition, PTs also respond strongly to heat and can be used as electronic switches for fire alarms, ovens, etc. PTs are also used in photocells for streetlights and other areas where it is important to turn the light on at night and off during the day. 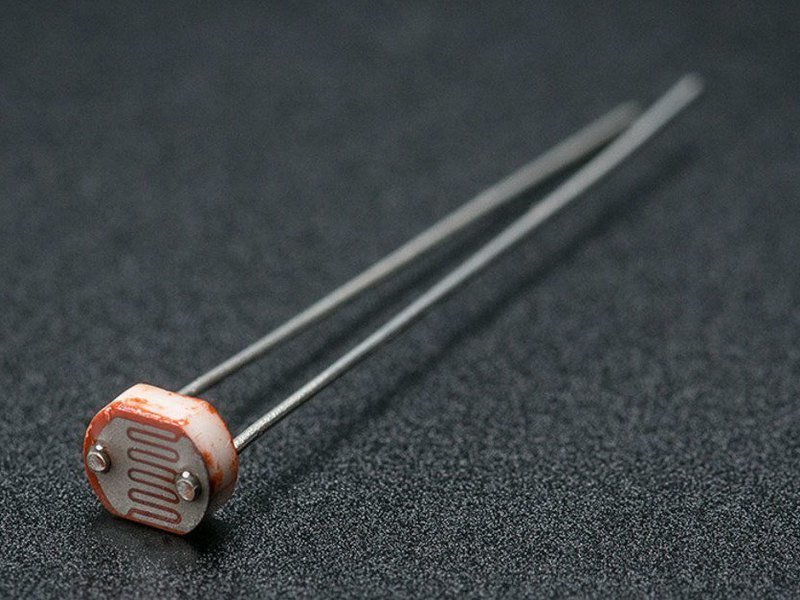 This type of photocell uses solar cells to convert sunlight into electricity by using a semiconductor material that responds strongly to light energy. Solar cells have become more popular as an alternative form of energy conversion because they can be used in a range of applications from powering small sensors or calculators to charging batteries for larger devices such as radios, walkie-talkies, or even cars!

Do LEDs work with photocells?

There are two general ways in which an LED can work with a photocell. One way is to use the built-in photodetector in LEDs, just like any other diode, to either turn the LED on or off depending on how much light is shining upon it.

Are LED lights or CFL lights more efficient with photocells?

LED Lights are the most compatible type of light to use with a photocell. The reason for this is that LED lights do not go through any sort of power draw fluctuation, unlike incandescent lights which have a very noticeable flicker when using them with a photo-sensor.

This means that if your photocell is designed to turn on an LED light at night time, then it will follow through with the task regardless of how much or little power is being drawn from its circuitry. CFL lights can also be used just as easily but they do have a very slight flicker which means that their power fluctuates slightly over short periods of time (for example whenever the bulbs are dimmed).

This might confuse your photocell and cause it not to function correctly.

When using a photocell with LED lights, you can expect to see about half the electricity cost of an incandescent bulb. A standard 60-watt incandescent light bulb uses about 13 watts of power whereas a 28 W equivalent LED bulb only uses 3-4 watts - saving approximately 90% from your electric bill per hour!

Photocells come in different input voltages (cell voltage) and are designed to work with power sources within certain ranges. You need to be careful that the camera cell you plan on using doesn't require more than your operating voltage, otherwise, it may become damaged, catch fire or explode when connected to your circuit.

There also needs to be a matched impedance between the source of your photocell (camera lens or LED used as a light source) relative to the measurement range (sensitivity) of the photocell. If there is no match then it may not work properly depending upon where you connect them together, but usually, these problems can be overcome by altering either one or both circuits if necessary.

LED bulbs that work with photocells are available in both 120V (USA) and 240V (International). The cells inside these bulbs automatically convert voltages depending on the country you are located to work with your local power grid. This means that you can use them anywhere around the world without any special equipment!

What should I do if a LED does not work with a photocell?

This problem usually arises because there is no matched impedance between the photocell or camera lens and your LED which causes either one or both of the circuits to become damaged. If this happens, then all you need to do is swap out your current LED module for another compatible type so that it works correctly with your photosensor.

If neither circuit appears to be damaged, then it could be due to a faulty LED or photocell, so you may want to check them over with a multi-meter and try replacing either one or both if necessary. 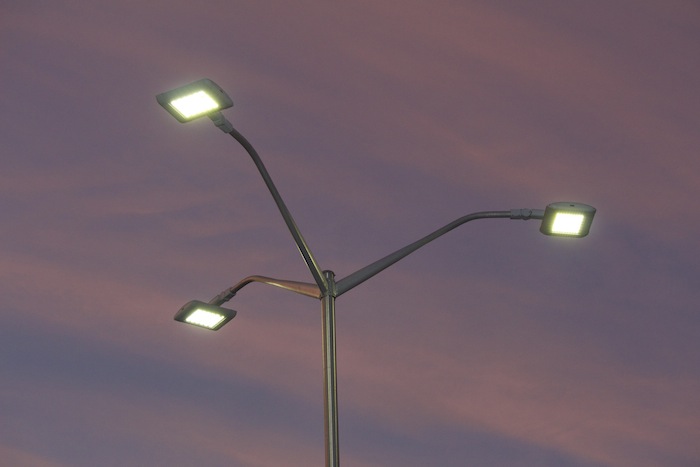 Do LED bulbs work with dusk to dawn sensors?

Yes, LED bulbs are compatible with the majority of dusk to dawn photocells including 'IC Sensing' which can automatically switch light sources on and off depending upon whether it is night or day.

An easy way to find out if your LED light will work with a sensor is by doing what I always do - test it! There are numerous sensors available for purchase at low-cost prices so there is no harm in trying them out. The worst thing that could happen is you burn something out or damage something permanently, but usually, this doesn't happen unless you make an obvious mistake during construction.

Dusk to dawn sensors work in such a way that when it is dark enough outside (no light), the sensor detects this and turns on your LED which stays on until it becomes bright enough outside. Then, the photocell detects the increase in light levels so it tells your LED to turn off again after a certain amount of time has passed.

These sensors tend to last about 10 years before they begin to wear out so if you buy one, then it should still function correctly for your lifetime! They are also very inexpensive too, less than $20 for most models available at hardware stores or online.

Photocells and dusk to dawn sensors - what is the difference?

The difference between a photocell and a dusk to dawn sensor is that the latter may also come with additional circuitry in order to provide two-stage and three-stage switching. This can be very useful if you wish to switch on your LED or another load through multiple periods of darkness - something that would not be possible using just a simple photocell.

Photocells work by detecting light, so they will naturally draw less power when it's dark outside due to little sunlight reaching them during this time. However, some photocells will still use a small amount of power even when their sensors are covered over because these devices create their own source of electrical current which they need in order for them to function properly.

How do you know that your LEDs are compatible with photocells?

This is not a difficult question to answer. Just look at the technical details of your LED products and it will usually state whether they are compatible or not. Or, if you aren't sure then just test them out for yourself - there really isn't any harm in trying!

Also, keep in mind that LEDs come with slightly different voltage requirements depending upon which type of bulb you purchase (and even different options within each range) so it's always best to check them over first before connecting anything together to avoid making mistakes!

When choosing a photocell for a LED, try to look for a high-quality device that can be tested by holding your hand or an object over it. This is because some cheap sensors may not function as expected when activated from various positions where there is no light, which can make projects appear faulty due to incorrect operation.

What should you look for when buying photocells?

There are several factors to consider but here are the most important for homeowners looking to buy their first photocell sensor:

When attaching photocells to LEDs, it's always wise to use the least sensitive setting that operates correctly with your lighting system. This can be done by modifying resistor values for example, but this will only work if you have some knowledge about ohms law and therefore isn't recommended. It's usually best to stick with what comes standard unless you are confident enough to make alterations yourself!

Photocells are able to detect light and therefore can be used to switch on lighting systems. They require very little power during the day but sometimes contain their own source of current if permanently installed in a security-style monitor or other system.

These sensors should not be confused with dusk to dawn devices which also provide two or three stages of light control, unlike simple photocells which only switch lights on/off at set times. Generally speaking, you will require more than just a photocell for multi-stage operation although these may come as part of one package so always check before making assumptions!

Some cell types are designed to cope with outdoor conditions while others function better indoors.