Home Guides How to dispose of LED light bulbs correctly?

While the energy efficiency of LEDs is often promoted, there's another side to these innovative light bulbs: disposing of them is different than for traditional ones. Read our tips on how to dispose of led light bulbs correctly.

Electronic waste contains all sorts of household appliances and other items that contain electrical wiring, batteries, and even light bulbs.

It's not only large machinery like air-conditioners or computers, but also small devices such as mobile phones or kitchen appliances. You may be surprised to hear that there are an estimated 15 billion electronic products in use worldwide today. The rapid increase in technology can be exciting, but it also means more e-waste which will lead to a bigger environmental issue if not handled properly.

This waste may be dangerous because it uses a variety of hazardous materials, which can poison the soil and water if not disposed of properly. For example, a standard light bulb uses mercury while some computers have heavy metals in their components.

What about led light bulbs?

LED stands for “Light Emitting Diode” and is often used for energy-efficient lighting because it converts more than 50 percent of its energy into light instead of heat. LED lights have been hailed as the future since they are more durable and use less power than their traditional counterparts.

The downside: LEDs contain chemicals that would normally pose a threat to the environment if released into nature or burned at high temperatures. That's why we recommend taking care when disposing of them.

The lifespan of LED bulb

It is often twice or three times that of traditional bulbs. The most advanced models can last up to 50,000 hours. But what happens when it's time for an upgrade?

The problem with LEDs is the technology used in making them is still new so their collection and recycling system is not fully developed yet. There are also LED light bulbs that use hazardous materials such as mercury so it's even more important to recycle these properly.

What is dangerous about LED bulbs?

A major concern for LED bulbs is the content of lead and other heavy metals. While LEDs contain very little of these hazardous materials, they should be disposed of in specialized recycling plants.

While LEDs (especially those used in residential homes) contain very little of these hazardous materials, they should still be disposed of properly. LEDs in the commercial and industrial sector, such as streetlights or in large building complexes can contain larger quantities.

It's best to check with your city and/or state government on how they handle the disposal of hazardous materials like mercury in LED lights!

The composition of an LED bulb 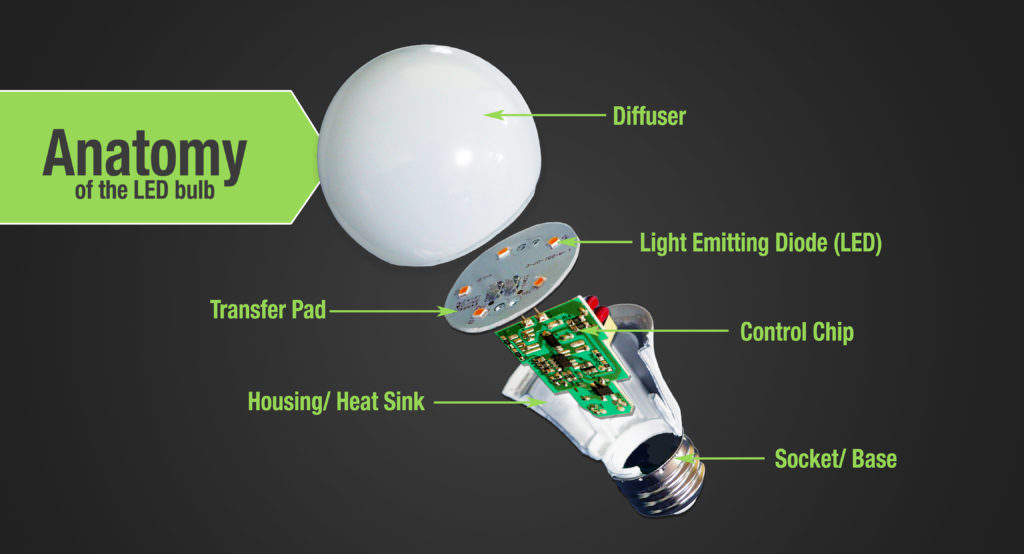 LEDs are made up of different parts that can include rare-earth elements such as indium or tellurium which makes disposal even more complicated. Particles emitted by LEDs might be carcinogenic. That's why you should not break it while disposing to avoid the release of particles into the environment.

Why can`t you just throw it away?

Disposing of an incandescent bulb is easy, you only have to drop it off at your local store for hazardous waste or look up recycling facilities near you.

However, LEDs are different. While they're far more efficient than incandescent light bulbs and the technology has evolved a lot in recent years there's one big issue: LEDs contain mercury, which is highly toxic. If one LED light breakages before it will be properly recycled, there`s a risk that harmful substances can end up in our nature.

This also makes the cleaner disposal of broken led lights not as straightforward as it seems at first sight.

How to safely dispose of led light bulbs

Here are some tips on how to dispose of them correctly:

While it's true that small amounts of mercury won't pose any serious threat when landfilled, there's still a risk of contaminating groundwater. That's why we all should avoid tossing our old light bulbs carelessly into the trashcan without considering proper disposal methods instead.

How to recycle LED light bulbs?

There are so many choices and options for LED lighting today: from home illumination to outdoor sceneries, and even cars – it's good to know that we can recycle our old light bulbs, too.

But where do we take them? How do we know if the recycling facility will be able to properly recycle our light bulbs, and not just toss them into landfills? A lot of LED product manufacturers follow a certification process by an accredited recycler to ensure that proper recycling does occur. Search for this information when you purchase your new LED lights or check with your local government or solid waste departments.

Steps on how to recycle it properly:

The caps are there for a reason – it keeps electricity from coming into contact with the filament inside, which could be an electrical hazard. While one end of traditional incandescent light bulbs contains extremely hazardous mercury, it's not the same case here. The worst part would be depriving future generations of enjoying your lovely outdoor illumination effects by throwing them away carelessly.

Take note: Caps are easily removable and should not be glued onto any fixture - this can actually make recycling difficult! If at all possible, try to remove the caps and take them with you, or tape over the cap so they cannot be removed. Don't break your fixtures!

The "sweet" way: buy new lights and don't throw away old ones! The best way is to not even think about disposal in the first place; when buying a LED product, look for one that contains no mercury (mostly found in cheaper ones) and can easily be recycled by any manufacturer later on.

Ask for product information from the store before purchasing it. They should be able to provide such data if needed.

There are a lot of other ways for LED appliances to keep on going besides recycling.

LED lighting manufacturers are starting to follow global standards in their second-life management so that led light bulbs will not end up at landfills. There are even companies offering environmentally safe disposal and recycling of led lights.  The best part is that we can actually use the same bulb again for other purposes - just like a regular light bulb! 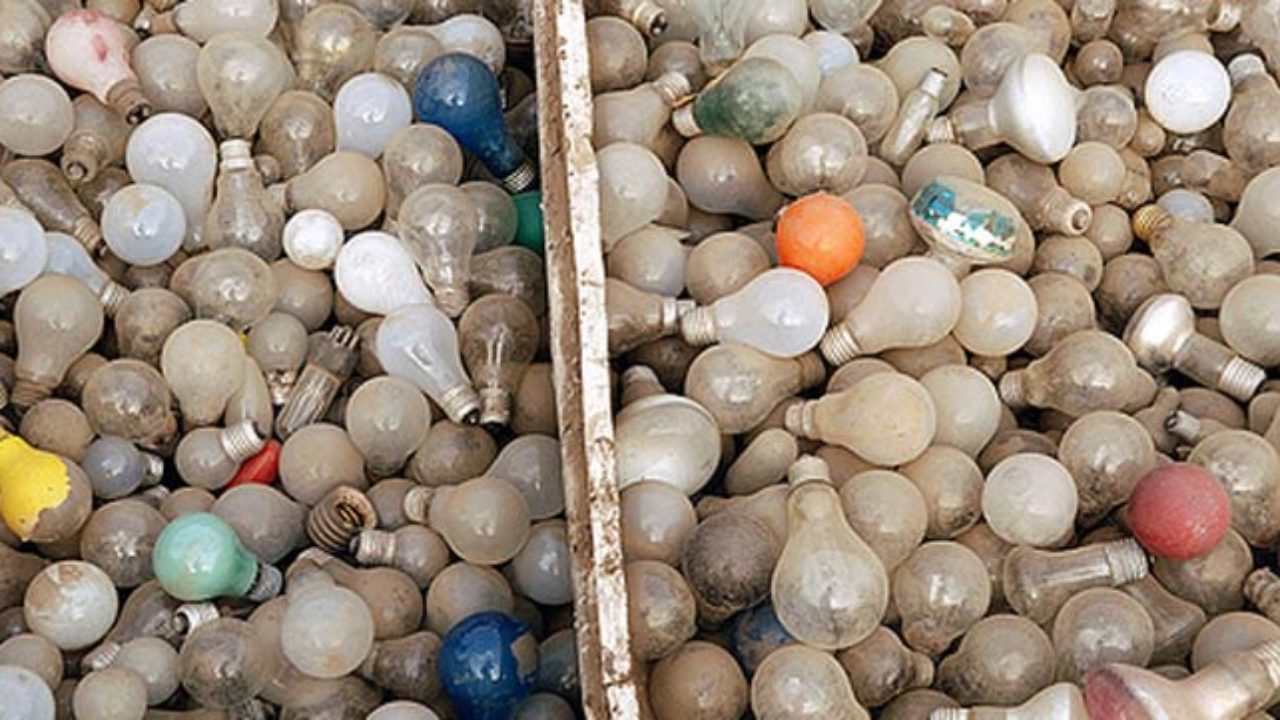 They're perfect for reading: just place them atop your favorite novel and let the long-lasting "warm white" glow help you get through those last few pages before bedtime. You can also use it as a low-powered nightlight without worrying about mercury poisoning your children's brain tissues!

Keep it also on your garden toolbox or boating gear for emergencies. The led bulb's low voltage makes it safe from shock hazards and easy to recharge even with a manual crank. It can be used underwater too!

There are led bulbs that can now replace fluorescent tubes without requiring any electricity whatsoever so don't let those lights go to waste! They make great battery-powered lamps, for example.

Solar power is really inefficient when it comes to lighting, especially in countries where there are only 6 hours of sunlight. Replace traditional outdoor lighting fixtures with LED's and you can save up big on your electricity bill!

It's becoming increasingly popular to find old halogen lamps at garage sales and flea markets, but nobody wants these anymore because they consume too much energy and the bulbs contain mercury vapor. You can easily turn them into cool trendy decor pieces or candle holders. The bulb socket alone makes a great makeshift planter!

TOP-5 ideas for the LED bulb in your house decor

Just remove the glass part of your halogen lamp and stick a candle inside! It would be really dangerous to burn through an electronic device that isn't meant for heat, but you can always try it out with a LED candle also.

You can actually remove the lights from your old halogen lamps and make them straight into wall lamps! Just glue some sticks onto the base of the bulb socket and connect it to a dimmer switch to create really cool lighting effects on your walls or ceiling.

Remove the glass part, cut a few holes at the bottom of your halogen fixture, plop in some soil and use hydroponic gardening methods by putting LEDs beneath the soil. You'll be harvesting veggies in no time!

Turn the halogen bulb upside down, cover it with a shade or flower pot, then place it atop your desk or bedside table. The metal socket will be just hot enough to turn into an effective tabletop heater in wintertime.

Do you have garden lights that are exposed to elements? Turn them into exposed bulb fixtures by removing the entire housing! You can either get rid off the old wiring or use it as an anchor for hanging vines - you'll get to have fun decorating AND save electricity at once! Just make sure not to touch anything if it's wet outside; water conducts electricity after all!

There are so many creative ways to recycle led light bulbs! You can turn a single bulb into a versatile household tool such as a flashlight, nightlight, or desk lamp. Just imagine how much energy you'll save by doing this!

In the end, it all boils down to one rule: use your imagination and don't let those lights go to waste! Always remember that recycling is good both for the planet and your wallet - do your share of responsible living by acting upon common-sense rules.

The future generations will thank you later on. So please think about what you're going to do with all those old lights you're about to replace before you throw them into the garbage can.