Do LED lights save money?

LED lights are very economic compared to other types of lights because they hardly lose any energy when creating light. In fact, LED lights create 90% less heat when producing light, which in turn reduces the amount of cooling required thus saving even more energy.

In addition to this, LED lights also last longer than most other kinds of bulbs. This means that they do not have to be replaced as often and can save you money over their lifetime in replacement costs.

They emit light when an electrical current passes through a semiconductor material. This technology is the most energy-efficient in comparison to incandescent and fluorescent lighting, but it is more expensive to produce upfront. However, the energy savings eventually make it worth the initial investment.

LED lamps are made of small pieces of semiconductor material injected with different amounts of electrical current. This creates a varying amount of light depending on how much electricity is being pushed through the bulb. LED lights to use a very specific wavelength of light that corresponds to a certain color -- red, green or blue, for example -- and this is why LED colors can produce such vivid shades. It all comes down to an electrical reaction!

Why LED bulbs are considered to be 'green' and energy-efficient?

LED bulbs are considered to be green because they use less energy so they produce less pollution, reducing the damage done to the environment. LED bulbs cause less pollution because they are more energy-efficient than other types of lights, which means they require less electricity to power them. This leads consumers to use less power, which results in lower greenhouse gas emissions.

LED bulbs are also estimated to last 25 times longer than traditional lightbulbs, which reduces the need for replacements and helps reduce waste. LED bulbs do not contain mercury so they are easier to dispose of safely.

Moreover, these bulbs are recyclable, meaning that the parts can be taken apart and used to make other products. This reduces the amount of electronic waste within our environment. It is very important for people to recycle these products because many components within electronic equipment contain hazardous materials.

What is the difference between various types of LED bulbs?

There is actually no difference between LED light bulbs when it comes to the electrical properties of the lights. There may be some variations in bulb size and shapes, but their base technology is nearly identical across brands. Much like other products such as cell phones, different brands use slightly different shells for their LED heads. These shells can affect how much light reaches a surface and where that light is distributed, but they do not change how or why they work.

The energy economy of each LED bulb type is based on the size of the circuit board inside each light. This is also where it gets a little complicated, so stay with us! The larger the board in relation to the bulb's volume, the longer you can keep that light lit before it loses its energy.

This means that LEDs are more efficient in lights that have greater surface areas without increasing overall volume too much, like floodlights or recessed lighting systems. Bulbs with smaller boards will be less expensive at first but usually have to be changed more frequently because they burn out faster than bulbs with large boards (i.e., deeper bulbs). 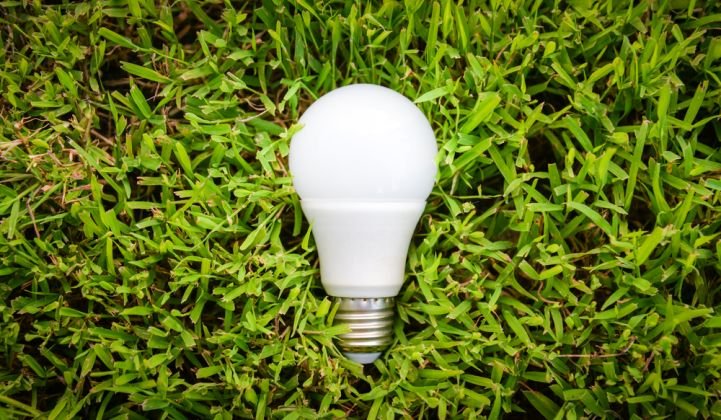 How do LED bulbs save energy?

Compared to other types of bulbs, LED lights use less than half the energy. Incandescent and fluorescent lighting both emit large amounts of heat when in use, which in turn requires greater cooling outputs in addition to their energy consumption. LED lights require very little heat to produce light, so this extra energy can be saved or used elsewhere.

Top reasons why you should switch to LED lights:

All those reasons and they produce a more vivid, better quality light as well! In addition to saving money on your electric bill and reducing the number of harmful emissions from coal power plants, LED lights can reduce greenhouse gases associated with other sources.

For example, getting rid of one energy-inefficient water heater in your home could equate to taking three passenger cars off the road for a year. One 100 watt incandescent bulb switched to an LED bulb saves 124 pounds of carbon dioxide every year.

How much do led lights save per month?

So how much can you expect to save by switching to LED bulbs? It all depends on how long each bulb normally lasts and how many you've been using at once. A standard 60-watt incandescent light bulb used for five hours every day uses about $13.60 worth of energy each year, assuming your cost is around 15 cents per kilowatt-hour.

For comparison's sake, a 60-watt equivalent LED bulb using only 10 watts runs at a cost of about $1.36 per year. That means you can save almost ten dollars each time you switch one incandescent bulb to an LED! But remember... it all depends on how much light the fixture really needs and what kind of lighting it will be receiving. If you turn off the lights when they're not needed or use lamps instead, there could actually be even greater savings than we've mentioned here!

How much do led lights save per year?

Assuming you're referring to LED lights in general, they may help you save money on your power bill. In fact, replacing just one 60-watt incandescent light bulb with an LED variant can save you $75 over the course of the year, according to Energy Star. So, if you have a lot of incandescent bulbs in your home, switching to LEDs can be really beneficial.

Of course, the amount of money you'll save with LED lights will vary depending on how often you use them. If you only switch your lights on for a few hours each day, you won't notice as much of a difference in your energy bill as someone who leaves their lights on all day. Even if you only turn on your LED lights for a few hours each day, you'll save money in the long term because LEDs last far longer than incandescent bulbs. In fact, an LED light might endure up to 50,000 hours, which is approximately 50 times longer than an incandescent bulb! So, even if you just use your LED lights for a couple of hours a day, they are still more efficient.

What is the green economy?

The reduction of greenhouse gases in the atmosphere reduces damage to the environment, reducing health costs and improving quality of life by making it healthier. Let's total up how much money you could save when changing each bulb to an LED equivalent:

When you switch from a 60w incandescent bulb to an LED equivalent, you save: 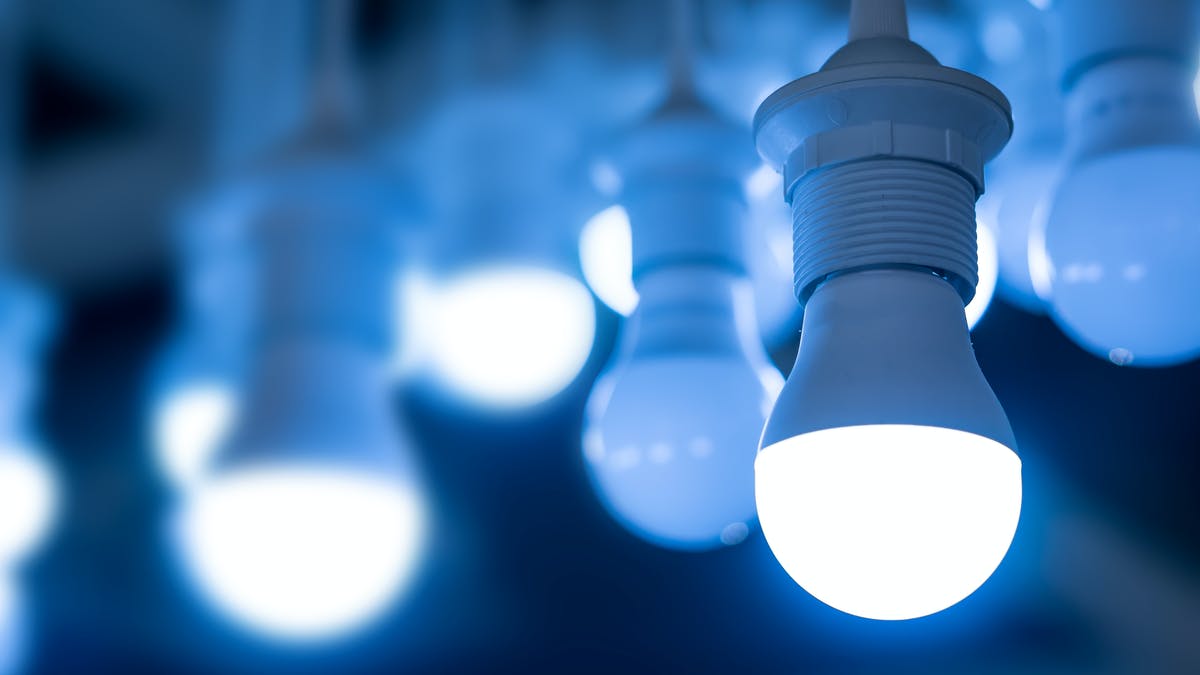 What are other advantages of LED lights except for energy economy?

LED lights last longer, which means you spend less time and money replacing them. Using LED lights is better for the environment as well as your wallet! How much do led lights to save per month? The average usage of a 60-watt incandescent bulb is about five hours a day (300 Wh/day) at an annual cost of $13.60 in energy usage per year.

If we change this light to an equivalent LED bulb using only 10 watts runs at a cost of about $1.36 per year. That means you can save almost ten dollars each time you switch one incandescent bulb to an LED!

How can you save even more?

If you buy LED bulbs and your light is switched on days and nights that is not the way on how to save energy! You can save more with a smart bulb, by switching lights only when you need them, saving energy during the day and time of use.

LED bulbs can last up to 20 years or 50,000 hours depending on quality. That is over 8 ½ years without the light being turned on! With a smart bulb, you could have your lights turn on 30 minutes before you get home from work for example!

Also, you can save energy by buying a smart bulb that you can control from your phone, so you can tell it to turn off before you go to bed, which could save even more! This will help you to save your money and the environment.

LED lights are not only for your house but also outside! Using more of these lights for outdoor use will help you save energy when it comes to your washing machine, dryer, and electric tools. Basically, any appliance that needs water or electricity to run when turned on can be powered by LED lighting in order to reduce the cost of using them.

The Energy Department says about one-third of our utility bill is due to water heating ( 29% )! This means if you switch all three appliances with an LED light bulb outside could save almost $400 per year in water heating costs! With this much money, you can buy yourself a new washing machine earlier than expected!

What is the cost of a smart bulb?

Depending on features such as controls and time to turn on, it can cost between $10 and $40. The more you pay for a smart bulb, the more features you have access to! If you need a cheaper option though there are great ones under $30.

So how much do led lights save per month? You can see in the example above that smart bulbs allow you to save hundreds of dollars every year by only using the light when necessary! Also, they last longer than regular LED lightbulbs which allows you to spend less money replacing them!

That is a question. Or not? For many people across the world, it's a simple answer: Of course buy LEDs. If you don't already own them, there is really no reason not to buy them–you can hardly go wrong! And if you do own some…well, now that I've told you how great they are, why aren't you using them?

However, there are still many people who just can't afford to buy LED lights at this time. Remember that switch will not happen overnight; it takes time for prices to come down and for consumers to change their habits. So if your friends or family members claim they would get LEDs tomorrow if only the price was right or they were readily available in stores everywhere or whatever their excuse is—remind yourself of this fact.

Don't be surprised if you're the only green-minded person in your circle of friends. If you are, congratulations on leading by example! But don't expect your friends to snap up LED lights on your recommendation…at least not all at once. Be patient and gently encourage them to act when they can afford LEDs or when their favorite store stocks them.

And wait for the good stuff: more color choices than just red, yellow, blue, and warm white; dimmable bulbs; connectivity with other smart devices; affordable prices…the list goes on! The point is that while LEDs are great today, they'll be even better tomorrow—and everyone will want them then.

In conclusion, it is clear that LED lights are a great investment to make if you have the money. Although they might cost more upfront, in the long run, you will be saving a lot of money on your electric bill and not having to replace them as frequently! This article provides good evidence for this argument by showing how much money one can save per month just from buying smart bulbs and turning their lights on when necessary.

LEDs also last longer than regular lightbulbs making it so you don't need to buy replacements every other year or even sooner! In closing, LEDs are a great investment to make due to all the benefits they provide.