Home Automotive Is it possible to use LED headlights in reflector housing?

What is the peculiarity of LED headlights?

LED lights are light-emitting diodes: semiconductor devices used to emit light and developed at the beginning of the 1950s. LED headlights produce more clear white lights compared with traditional headlight bulbs while consuming less energy, that is why they are gradually replacing conventional lighting elements.

The peculiarity of LED headlights is in their low power consumption, high durability, and extremely long lifetime which may reach 50 thousand hours. Thanks to these new technologies provide lower costs on electricity bills or replacement lights.

It is interesting that LED headlights should be mounted on a heat sink to remove excessive heat from the semiconductor chip located inside of the device. In case it gets overheated, its service life would decrease dramatically and most likely lead to product failure.

It also happens because high-power LEDs require lower voltage for their operation but the voltage provided from an automotive DC source doesn't fall below a minimum limit even if it can drive a bunch of individual LEDs connected in series with each other by means of a constant current regulator. At least until someone comes up with a bright idea of how to solve this problem.

Until then we have to wait for higher capacity batteries or accumulators able not only to provide necessary power levels during the operation of automotive lights but also to ensure high voltage while starting. It is an additional reason for car manufacturers to develop new electric vehicles with much higher capacity power cells, isn't it?

What LED bulbs can you use for headlights?

When it comes to LED headlights, manufacturers offer three types of lighting elements for reflectors:

Made with durable and impact-resistant materials, these headlights can handle any tough road conditions. And with sharper lighting and a broader beam, you'll have greater peace of mind while driving. So don't wait any longer, upgrade your car today with the AUTOSAVER88 Switchback LED Tube Headlights Assembly!

How does reflector housing work?

As you know, the reflector is a light-transparent enclosure designed for housing lamp components. Its main task is to focus light into a collimated beam after reflecting it on either diffuse or special surfaces (diffusers).

The most widely used reflector types are parabolic (including cylindrical), ellipsoidal and spherical. Some of those components used for automotive lighting may have a dichroic filter that is able to reflect only some selected wavelengths. 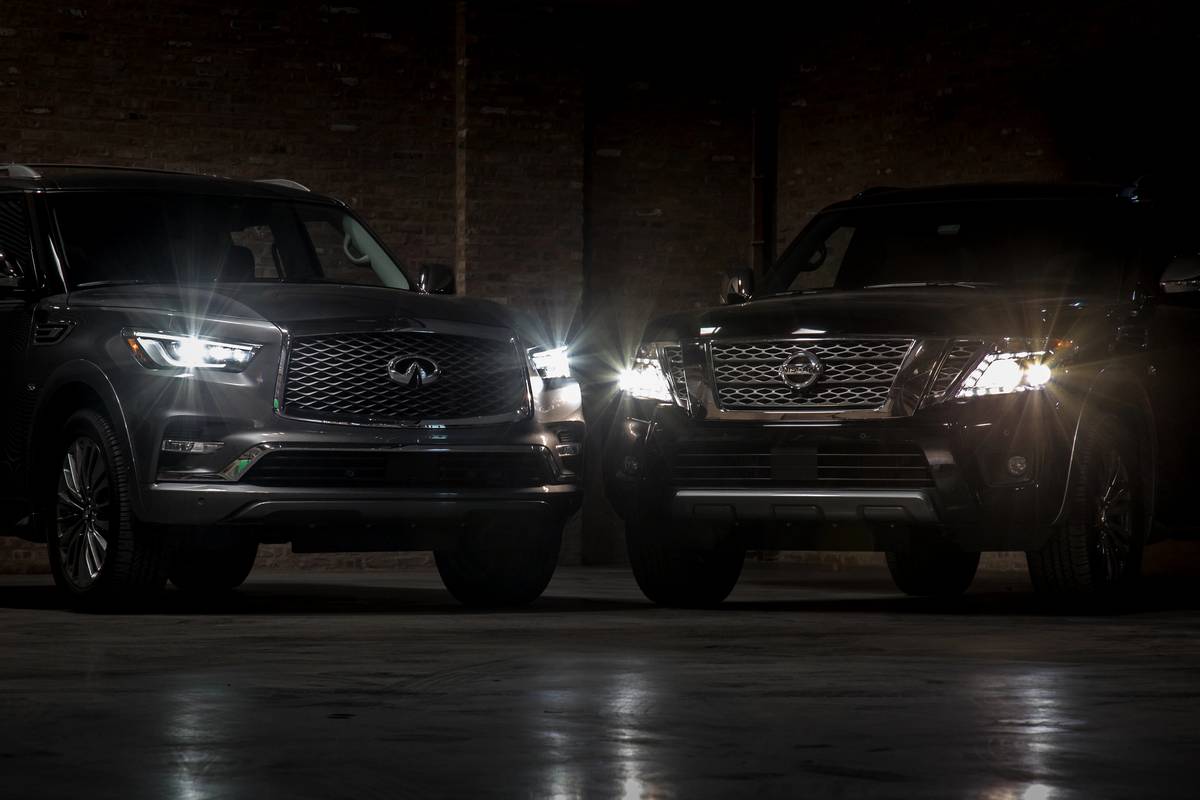 Anyway, no matter how complicated a headlight's design looks, all its elements must meet certain requirements in order to produce a light that meets the requirements of visibility and safety on road.

How does it work? Let's take as an example a spherical reflector housing containing three different optical parts:

Now, in order to understand how it works, let's take a look at an example of how does a headlight with a traditional halogen bulb looks like.

Halogens are incandescent lamps that have long been used for automotive lighting systems. One of their main disadvantages is extremely short service life due to the high heating up the rate of an arc which causes fast evaporation of the filling gas therefore a rapid decrease in luminous flux being emitted by the lamp.

At least all this happens before the semiconductor element becomes defective enabling replacement procedures to prolong service time and therefore increase product life without compromising reliability.

This is why engineers try to avoid the usage of halogen bulbs in automotive lighting systems with the only exception being headlights. The main reason for this is a relatively long service life which doesn't alter much even if an electric current exceeds normal values therefore high performance of the element enables its use for low beams, high beams, and fog lamps with no decrease in a product lifetime.

However, it's worth mentioning that most car manufacturers prefer using xenon gas-filled discharge lamps due to their extended service life compared to incandescent bulbs but these types of lamps are also susceptible to overheating during the initial stages of operation, therefore, require additional cooling drivers.

Another advantage of xenon headlamps is a longer range of vision combined with a uniform distribution curve which means lower costs on replacement lights plus they meet safety standards as well. Unfortunately, they are quite expensive to make and require a bit more power for operation thus rendering them an unattractive solution for automobile manufacturers due to higher production costs as well as increased fuel consumption during the whole life cycle of the product.

From what was said about halogen headlights it's clear that usage of xenon lamps will result in increased service time without compromising on a range of vision or uniformity level therefore those types of bulbs aren't used in reflector housing assemblies.

Difference between reflector and projector

Well, a difference between those two types of headlight assemblies lies in the way how beams are directed thus resulting in different setups.

The first one – traditional – is based on the principle of projecting the light emitted by a filament by means of a reflecting mirror which sends it to a system responsible for beam deflection/refraction which redirects it onto the road surface producing quite a strong glare effect because of all reflected beams from objects around car entering driver's eyes.

On the other hand, projectors use an optical system containing either lens or reflector with tiny micromirrors built-in for creating parallel light beams and sending them through lens assembly where they focus and therefore illuminate a particular area.

For this type of lamp to operate correctly, projector lenses must be perfectly clean at all times, therefore, require appropriate care to prolong their service life. If one of the elements is dirty or damaged, the light beam will scatter resulting in a decrease in product lifetime because decreased illumination area reduces its performance as well as a safety level.

So, can you use LED headlights in reflector housing?

The first thing the engineers need to do is to install an appropriate electrical circuit capable of delivering electric current on these types of lamps at low voltage. It's worth mentioning that LED headlights aren't equipped with electrodes necessary for high voltage operation so this type of installation will allow them to operate on DC power which isn't always compatible with reflector housing systems existing in most modern vehicles.

Nevertheless, there are numerous ways how one can design a suitable ballast or electronic controller able to supply an adequate amount of electric current at desired frequency without incurring induction motor problems, but it's up to vehicle manufacturers' engineers whether they won't use those bulbs or not.

There are special technologies fitted inside headlight assemblies that help disperse LEDs light ensuring uniform distribution and the same intensity throughout the length of the beam.

Depending on the type of reflector housing one can see various gapless or gapped designs which allow for even spreading of light without reliance on optics, but it's worth mentioning that most high-end headlight assemblies use special lenses coated with special substances such as phosphors making sure that nothing is reflected back thus guaranteeing good visibility.

However, in case LED headlights are installed into reflector housings these lights will cause problems with a glare to other road users. This problem becomes particularly evident when a vehicle equipped with those types of lamps passes by another one coming from the opposite direction where the driver sitting behind a windshield receives a much higher quantity of photons compared to other drivers. Also, there are a number of countries where the usage of lights emitting too much light compared to the amount of ambient light is considered an offense.

This situation is quite similar to that one when xenon headlights are used in reflector housings but it's worth mentioning that lower intensity of LED lamps can alleviate this problem and allow for their installation into reflector housing assemblies although it's questionable whether engineers will resort to using LEDs considering low service lifetime which might result in numerous product failures and parts replacements at great costs.

Is it safe to put LED headlights in reflector housing?

As it was already mentioned, the installation of LED headlights into reflector housing assemblies will inevitably cause problems with glare due to the increased number of photons reflecting back from the internal surface of the windshield after passing through an optical system installed within the headlight unit.

Vehicle drivers can also receive too much light originating from the car's front which otherwise would be properly directed forward and down onto the road's surface thus illuminating surroundings more intensely than necessary.

In this case, neither vehicle manufacturer nor driver has a choice whether they want to avoid installation of LEDs into reflector housings or not since this problem becomes most evident when another vehicle coming from the opposite direction is illuminated by xenon lamps with a high level of luminosity resulting in mutual glare between those two cars.

That being said, there are numerous factors that affect the intensity of the beam such as the position of the light source, type of reflector housing, and angle of lens installed inside the headlight unit.

It's worth mentioning that many countries have put into effect laws prohibiting the usage of lights emitting too much light towards external observers especially aftermarket xenon headlights since they might be deemed dangerous during night-time driving.

It's only natural that LED headlights cause similar problems leading to a possible installation ban in those locations where legislation requires vehicles to be equipped with particular types of lamps or to not exceed given levels of luminous intensity. 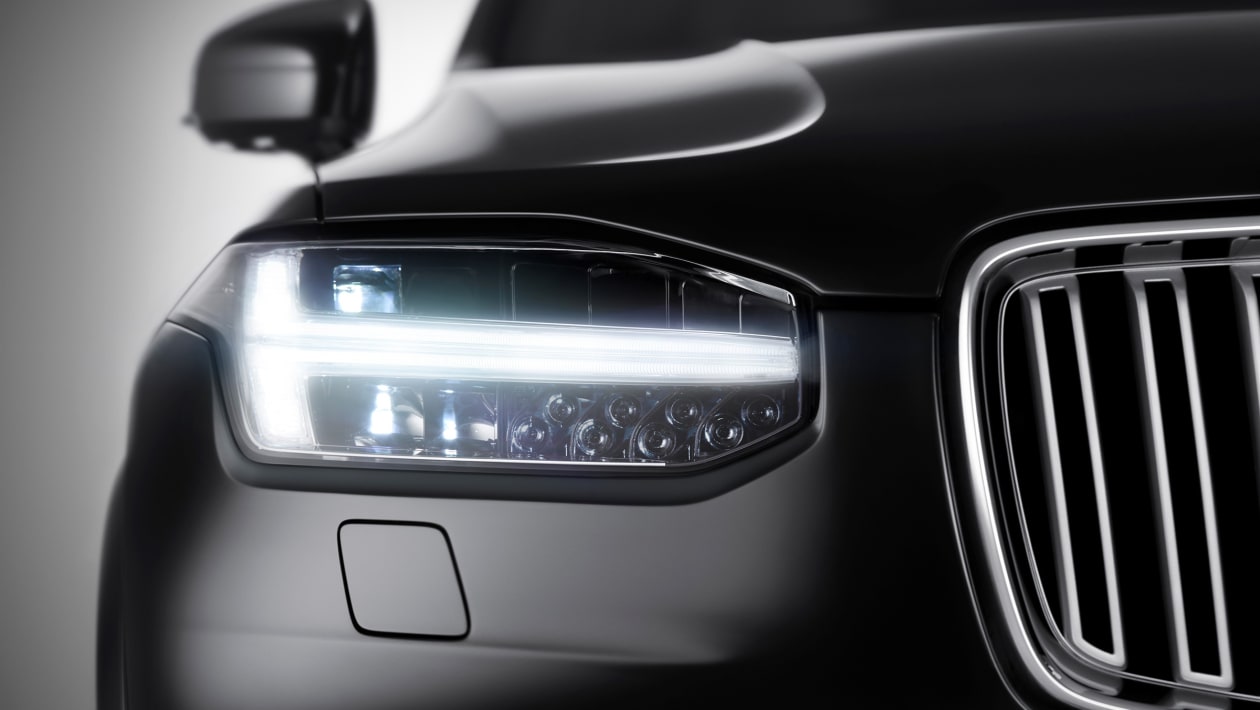 HID vs LED: what is better for reflector housing?

Both types of high-intensity discharge lamps have their own advantages and disadvantages. HIDs are known for being more efficient in terms of luminous flux, lifespan, and electricity consumption which makes them a preferable choice when it comes to replacement bulbs.

On the other hand, users should be aware that the usage of xenon lights can cause numerous health problems due to electromagnetic radiation emitted by metal halide arc tubes which is considered hazardous, especially when exposed over longer periods.

On the contrary, LEDs use less energy and emit almost no heat making them a much safer choice for automotive lighting devices since they won't cause any thermal damage to surrounding components which might lead to malfunctions or product failure.

In this case, using LEDs for reflector housing has a number of advantages over conventional HIDs since they only require small space for installation being much thinner in comparison to metal halide arc tubes which occupy more room as well as making them easily replaceable through removing headlight assembly from the vehicle since there isn't any need for manufacturers to use additional optical components such as lenses or harness adapters if LED lights are used due to their plug-and-play design feature.

Using LED headlights in reflector housing is not safe for oncoming traffic because of the glare caused by the two lights facing each other. Manufacturers must either build a system to prevent this problem or allow vehicles that have LED headlights to be used only during the day.

In conclusion, it's highly recommended to use LEDs powered by existing reflector housings instead of using HIDs since these lamps will last much longer, require less energy, and don't emit as much heat as metal halide arc tubes lights do.

For those drivers who prefer xenon HID lamps over LEDs, there is a solution that comes in form of projector lenses installed inside the headlight unit which refracts light coming from the source and prevents it from hitting the internal windshield thus reducing the amount of stray light emitted towards outside observers.