Home Guides LEDs and laser diodes: what is the difference?

LEDs and laser diodes are two of the most popular types of light-emitting devices on the market today. Both have their own unique advantages and disadvantages, so it's important to know which one is best for your needs before making a purchase. If you hesitate about what to buy, we suggest you read on and find out more about these two lighting technologies.

How do LED diodes work?

LEDs, or light-emitting diodes, are semiconductor devices that emit light when an electric current is passed through them. The light emitted by an LED is usually very bright and intense, making them ideal for use in a wide range of applications. One of the most notable advantages of LEDs is their extremely long lifespan; they can last for tens of thousands of hours before needing to be replaced.

Gallium, Indium, and Nitrate minerals are used to make blue and green LEDs. In contrast, red LEDs are created using Gallium, Aluminium, and Phosphate chemicals. The p-n junction at the center of the diode is a collection of holes. Electrons flow from p to n through these openings. They transition from one state to another during this recombination of holes and electrons.

The photons in LED diodes are released when the electrons recombine with the holes in the p-n junction. The photons emitted by the diode have certain characteristics, such as wavelength and frequency, which determine the color of the light.

What are the advantages of LED over laser diode?

LEDs have many advantages over laser diodes, such as:

What are the disadvantages of LED?

LEDs also have some disadvantages, such as:

How do laser diodes work?

Laser diodes are similar to LED diodes in that they are also semiconductor devices that emit light when an electric current is passed through them. However, laser diodes differ from LEDs in that they produce a very narrow and intense beam of light. This makes them ideal for use in applications where a precise and focused beam of light is required, such as in fiber optic communications. 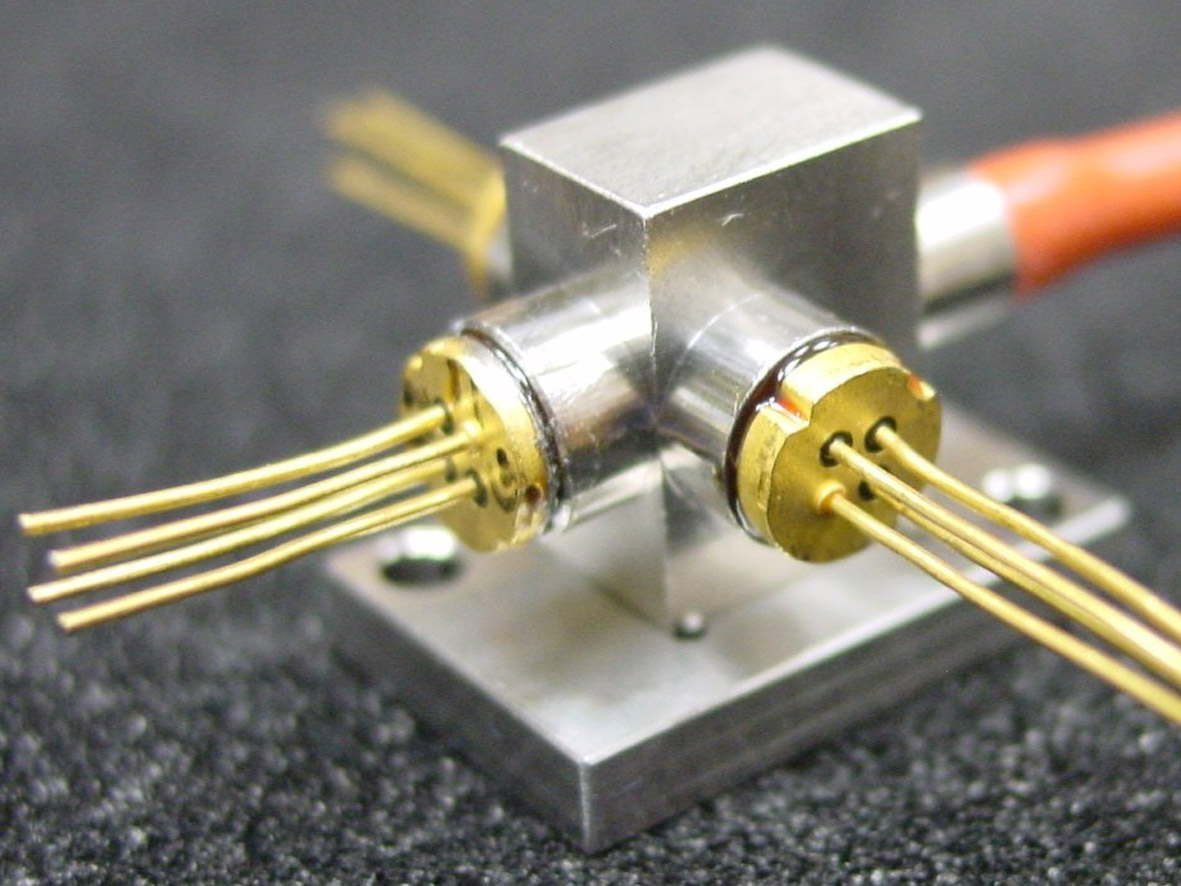 The photons emitted by a laser diode are confined in a narrow beam by the structure of the diode itself. This is what gives laser diodes their unique properties and makes them so useful in applications where a precise and focused beam of light is required.

Lasers are a particularly amazing occurrence that is both inventive and well-engineered. The term laser refers to the amplification of light via stimulated emission of radiation. Again, the current passes through gallium compounds at the p-n junction in this case. In the case of lasers, photons are stimulated to generate a feedback loop, resulting in all photons being in phase with one another and having the same wavelength, or monochromatic.

Thus, laser diodes are considered much more powerful than LED diodes. Now that we've explained how LEDs and laser diodes work, let's take a look at some of the key differences between these two types of light-emitting devices.

What are the advantages of using laser diodes?

There are many advantages of using laser diodes over LEDs, such as:

What are the disadvantages of using laser diodes?

There are also some disadvantages to using laser diodes, such as:

So, there you have it! These are just some of the key differences between LEDs and laser diodes. Both types of devices have their own advantages and disadvantages, so it's important to choose the right one for your specific application.

There are several key differences between LEDs and laser diodes that you should be aware of before making a purchase. These include:

Now that you know more about LEDs and laser diodes, you can decide which type of light-emitting device is right for your needs. If you're looking for an energy-efficient and cost-effective option, then LEDs are a great choice. However, if you need a brighter light source, then laser diodes are the way to go.

What diode is more efficient?

Why do we prefer laser diodes over LEDs for communication applications?

The speed of laser/LED switching is greater than that of LED. The spectral spreading for the laser is less than for LED, perhaps by a few nanometers or even less. As a result, dispersion isn't an issue with lasers compared to LEDs. Lasers are therefore preferable in optical fiber systems designed for monomode and high-bit-rate applications.

Laser diodes are also used in applications where a very narrow and focused beam of light is required, such as in barcode scanners and fiber optic communications. LEDs are not well suited for these applications because they cannot generate a very tight beam of light. The issue is that communication applications are very dependent on the beam quality of the light source. When we look at the far-field radiation pattern of an LED and a laser diode, it is very clear that the LED will have a much larger beam divergence than the laser diode.

The bottom line is that, for communication applications, we prefer to use laser diodes over LEDs because they can generate a tighter, more focused beam of light. This results in less dispersion and higher bit rates. 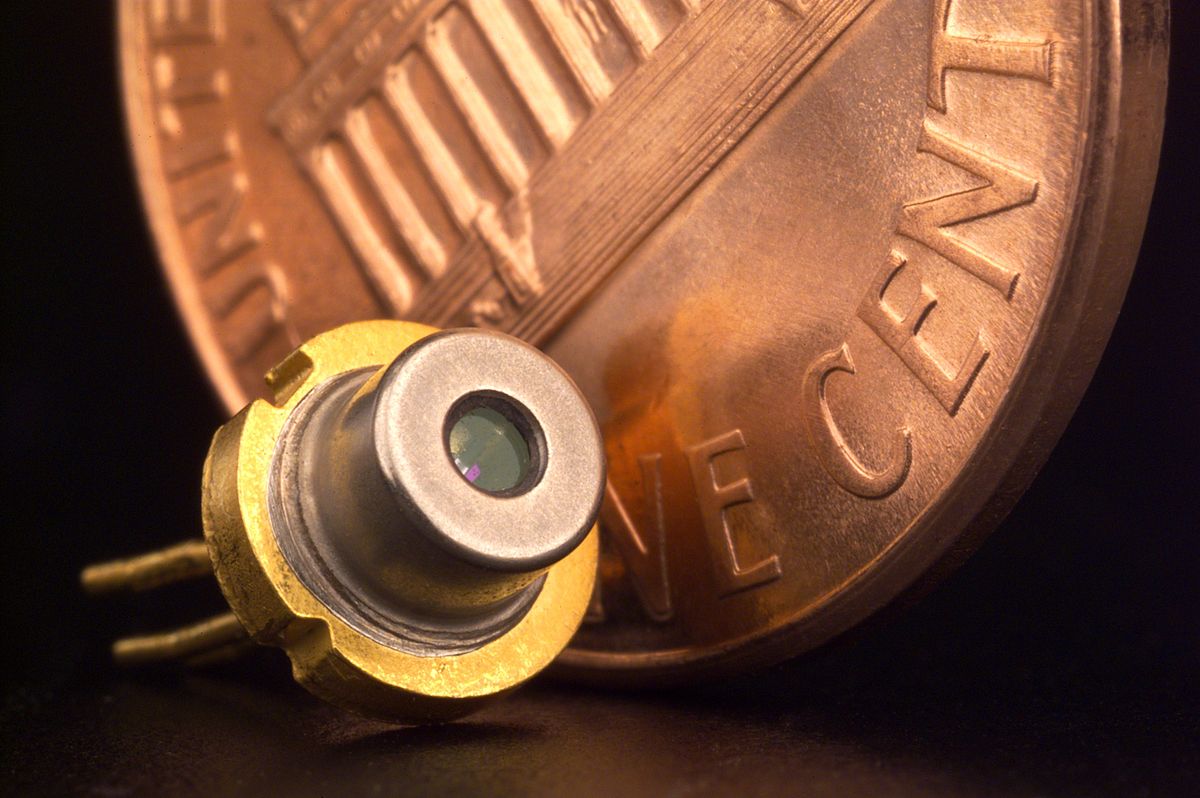 What to choose for your living room?

LEDs and laser diodes both have their advantages and disadvantages. If you're looking for an energy-efficient and cost-effective option, then LEDs are a great choice. However, if you need a brighter light source, then laser diodes are the way to go.

When it comes to choosing a light source for your living room, it really depends on your personal needs and preferences. If you're looking for an energy-efficient option, then LEDs are a great choice. However, if you need a brighter light source, then laser diodes are the way to go. If you are looking for something for your kids` room, we recommend choosing LEDs over laser diodes. The main reason for this is that laser diodes can be dangerous if your children get ahold of them and shine the light in their eyes. LEDs are not nearly as dangerous and are a better choice for kids` rooms.

In the end, it really comes down to personal preference. Both LEDs and laser diodes have their advantages and disadvantages. It's up to you to decide which type of light-emitting device is right for your needs.

What about growing plants?

People say that ultraviolet (UV) light is good for plant growth, but this is actually not the case. While UV light can help to kill bacteria and other harmful microorganisms, it can also damage plant leaves. This is why we recommend using LEDs or laser diodes for plant growth instead of UV light sources.

LEDs and laser diodes emit visible light, which is much less harmful to plants than UV light. In fact, visible light can actually help to promote photosynthesis, which is the process that plants use to convert sunlight into food.

So, if you're looking for a light source that will help your plants to grow, we recommend choosing LEDs or laser diodes over UV light sources. Still, it's important to remember that too much light of any kind can be harmful to plants, so be sure to provide your plants with the appropriate amount of light for their needs.

What light is more eyes-friendly?

Laser diodes also have a higher color purity than LEDs. This means that they emit light of a single color, while LEDs can emit light of multiple colors. This makes laser diodes more suitable for applications where a specific color of light is required, such as in fiber optic communications. At the same time, eye tension gets lower with the use of laser diodes. The explanation for this is that our eyes have to work harder to focus on objects that are further away from us. Therefore, when we look at a laser diode, our eyes don't have to work as hard to focus on it, and this leads to less eye tension.

Your pets could also be more at ease with laser diodes. If you have a cat or dog, you might have noticed that they like to chase beams of light. This is because their eyes are specially adapted to see moving objects very well. Laser diodes emit a beam of light that is very thin and moves very fast, so it is easier for animals to see and chase. In conclusion, laser diodes are better than LEDs in many ways. They are more eyes-friendly, have a higher color purity, and can even help your pets relax!

In conclusion, both LEDs and laser diodes have their own advantages and disadvantages. It really comes down to your personal needs and preferences when deciding which type of light-emitting device is right for you. Keep in mind that too much light of any kind can be harmful to plants, so be sure to provide your plants with the appropriate amount of light for their needs. If you have pets, you might also want to consider choosing laser diodes over LEDs, as they are more eyes-friendly and can even help your pets relax.