Daylight bulbs in the room allow you to feel like you're getting a vitamin D supplement. When you walk outside, the sun is blaring down on you and it's only 7 am. You put on your sunglasses and start making your way to work. But as you walk, you can't help but notice the orange street lights. What is it about these orange street lights that make them so calming? Is it because they remind us of the sun? Or is it because they make us feel like we're getting a vitamin D supplement?

Why do we observe orange street lights?

Sodium vapor lights are very energy efficient and emit bright light. But that light is monochromatic, meaning it mostly consists of a single wavelength in the yellow-orange part of the visible spectrum. That's why everything looks orange when illuminated by sodium vapor lights. If you've ever wondered why things look strange under streetlights, now you know! Sodium vapor streetlights are designed to be energy efficient and emit a bright light, but the orange hue is due to the type of bulbs used.

High-pressure sodium bulbs are more efficient than low-pressure sodium bulbs, but both types produce an orange light. Newer LED streetlights don't have this issue because they can emit a variety of colors, including white light. So if you're ever wondering why things look strange under streetlights, now you know! It's not just your imagination; it's the science of light.

Another interesting question is why sodium is used in street lights at all. Sodium is a relatively inexpensive element, and it's easy to create a gas that emits light when electrified. The light emitted by sodium vapor is also very bright, which makes it ideal for lighting up large areas like streets and parking lots.

Fluorescent bulbs are quite different from LEDs because they emit light across the entire spectrum of the electromagnetic range, from infrared to ultraviolet. This full-spectrum illumination, in which all frequencies are utilized, is essentially a waste of energy. The average lumens per watt for an HPS bulb is about 7 times more efficient than that of an incandescent bulb and lasts far longer.

While sodium vapor lights are more efficient than other types of street lights, they still have some drawbacks. One of the biggest drawbacks is that they produce a lot of light pollution. Light pollution is when artificial light shines into the sky and disrupts the natural nighttime environment. This can cause problems for animals that rely on darkness to hunt or migrate, and it can also disrupt the sleep cycles of humans.

Despite these drawbacks, sodium vapor lights are still commonly used because they are very energy efficient and emit a bright light. If you're ever wondering why things look strange under streetlights, now you know! It's not just your imagination; it's the science of light. 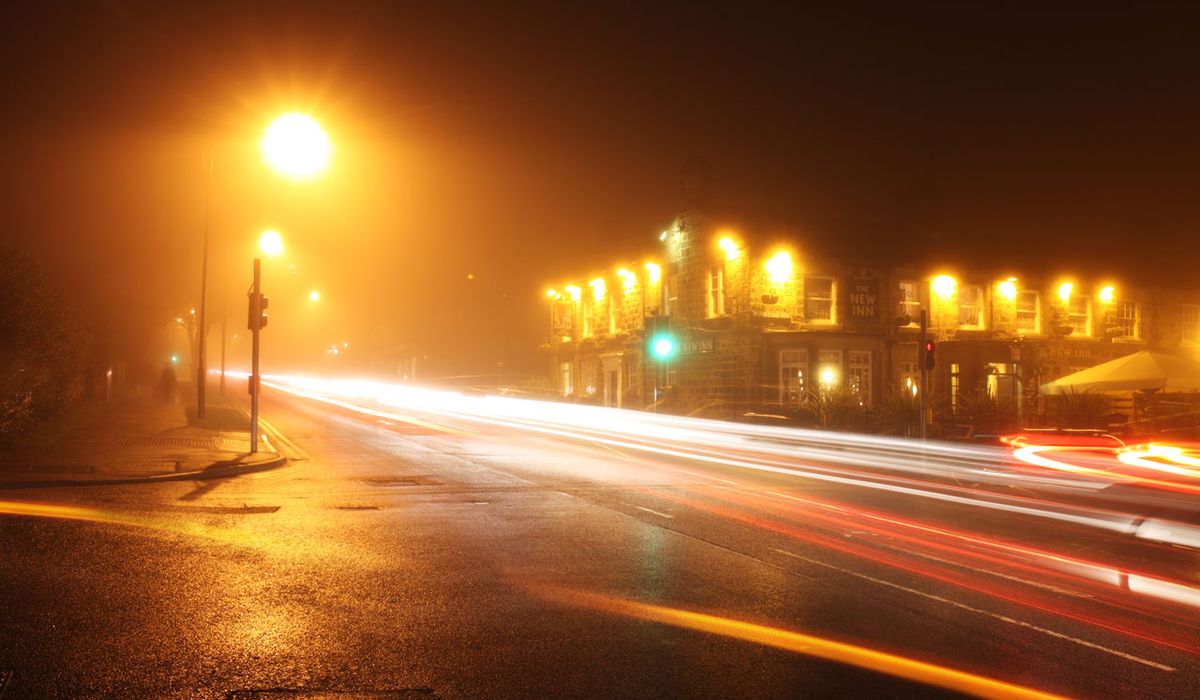 Are street lights orange or yellow?

The vast majority of street lights are orange because they use sodium vapor bulbs. These bulbs emit light mostly in the yellow-orange part of the visible spectrum, which gives everything an orange hue. Newer LED streetlights don't have this issue because they can emit a variety of colors, including white light. So if you're ever wondering why things look strange under streetlights, now you know! It's not just your imagination; it's the science of light.

Why do they use orange lights in tunnels?

Orange lights are generally found at the start of the tunnel, referred to as the "threshold zone." The orange lights serve two purposes: to allow motorists to see and avoid hazards, and once in the tunnel, to adapt.

The light at the start of the tunnel is quite intense because your eyes are not yet adjusted to the darkness. The orange light allows you to see and avoid potential hazards, such as animals or debris on the road. Once you're in the tunnel, your eyes will slowly adjust to the darkness and the orange light will become less intense. This gradual adaptation minimizes the risk of " night blindness," a condition that can occur when your eyes are suddenly exposed to darkness after being in a well-lit area.

Tunnels are often lined with reflective material that amplifies and disperses the light, making it appear brighter than it actually is. This helps to increase visibility and reduce glare.

Why are some street lights orange and others white?

Our eyes perceive an orange-lit street to be darker than a white-lit street, even though the same amount of light is supplied, according to recent studies. When compared to incandescent sodium lights, white light actually boosts our peripheral vision by 100 percent and reduces our braking times by 25%, according to research. But when it comes to overall driver satisfaction, the orange light wins out. In a study of 1,500 drivers, two-thirds said they preferred the look of an orange-lit street.

However, there are cases when white light is the better choice. In areas with higher crime rates, white light has been shown to be more effective at deterring crime than orange light. In one study, researchers found that white light reduced crime by up to 27%. For example, different states in the USA use different color schemes for their street lights. In some states, white is the preferred color, while in others, orange is the norm.

So, what's the verdict? There doesn't seem to be a clear consensus on which color of street light is better. It seems that it depends on the specific situation and what the priorities are. However, one thing is certain: both orange and white street lights have their benefits and drawbacks.

Could people use LED for street lighting?

But if this type of lighting has several drawbacks, why don`t we just use LED lights? The first visible LED lights weren't launched until 1962, and by then, a lot of street lights had already been built or planned. The new method needs time to be accepted across the board. LEDs were also prohibitively expensive at the time, costing about $200 each! That's a lot of money for street lights, and consider paying that price per bulb.

Another reason is that LEDs are more expensive than other types of street lights. While the initial cost is higher, LEDs last much longer and use less energy, so they eventually pay for themselves. But until the price comes down, many cities and towns can't afford to make the switch.

So, it looks like we're stuck with sodium vapor street lights for the foreseeable future. But who knows? Maybe one day we'll all be driving under bright, white LED streetlights. Only time will tell!

What about blue street lights?

Blue LED street lights are becoming more common, but they're not without controversy. Some people argue that blue light is harmful to our health because it disrupts our natural sleep cycles. Others say that there's no evidence to support this claim. 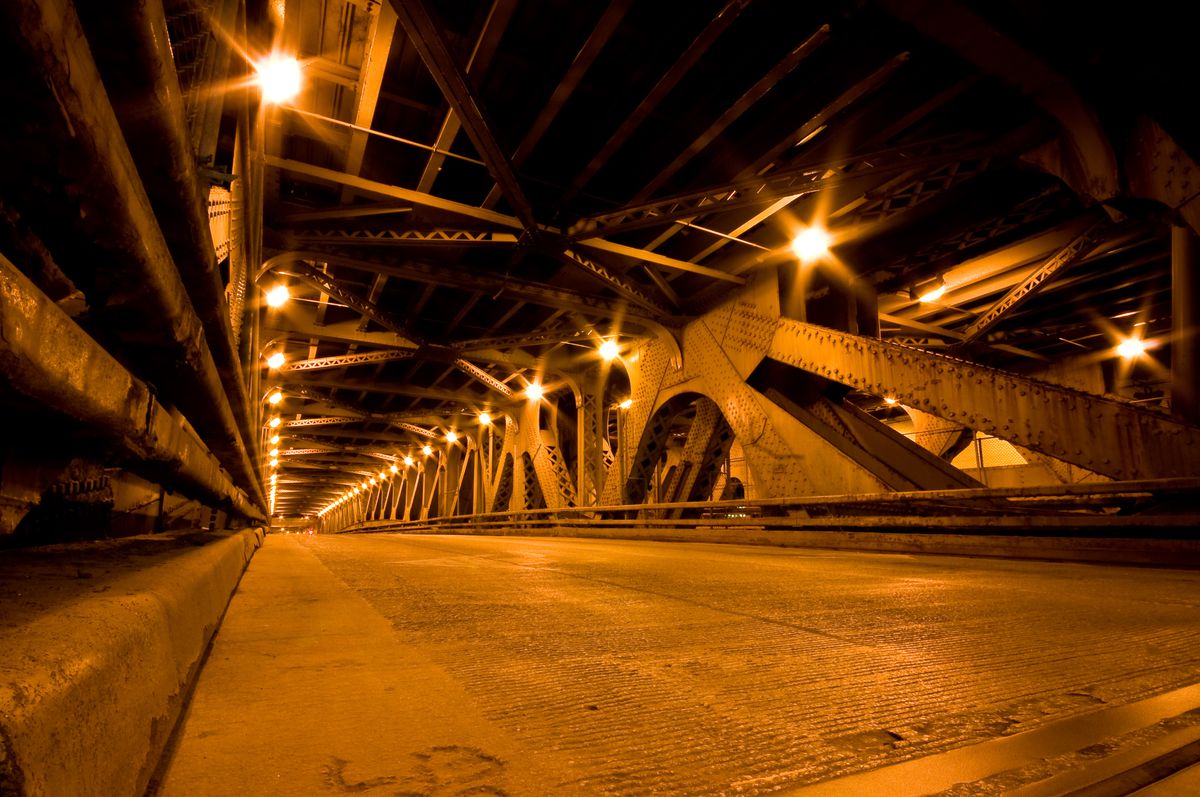 If you live in an area with blue LED street lights, you may want to invest in a pair of sunglasses to help reduce the glare. Do you think orange street lights are better than white ones? Who knows, maybe one day we'll all be driving under bright, blue LED streetlights!

Why did they get rid of orange street lights?

The history of street lighting dates back to ancient times when torches and bonfires were used to light the way. In the Middle Ages, oil lamps were introduced and became increasingly popular. However, it wasn't until the 19th century that gas lighting became common in Europe and North America.

With the advent of electricity in the late 19th century, streetlights began to appear in cities around the world. Initially, they were powered by batteries or generators, but by the early 20th century many had been connected to municipal power grids.

One of the most distinctive features of electric streetlights is their color. While white light is most common today, prior to the 1950s many streetlights were actually quite orange. So why did they change? There are a few theories. One is that white light is simply more efficient, as it contains all the colors of the visible spectrum. Another is that orange light tends to produce a "glare" that can be disruptive to drivers and pedestrians. Whatever the reason, the change from orange to white streetlights is just one example of how our urban landscapes have been transformed by technology over the past century or so.

Of course, not every state and not even every country decided to get rid of orange street lights, because, as we all know, some things are just too difficult to change. (Take a look at California's freeways, for example, which are still mostly lit by orange streetlights.) So if you ever find yourself in an unfamiliar city at night, take a moment to look up at the streetlights and see what color they are. You just might be surprised.

What light should be placed near your garage?

You can not change the lighting in the whole town, but you may mount special light near your garage. There are different types of such lights:

As for the question of whether it should be orange or not, we can tell that it does not matter. You can have any type or color of light you want as long it is placed and installed correctly and legally. Please, check with your local authorities about lighting codes and requirements before making any decisions. It will help you to avoid problems and fines.

Orange street lights are not necessarily better than white ones, but they are more distinctive and may be more efficient. If you live in an area with blue LED street lights, you may want to invest in a pair of sunglasses to help reduce the glare. Ultimately, the decision of what type of light to place near your garage is up to you. Just be sure to check with your local authorities about lighting codes and requirements before making any decisions.