CFL stands for compact fluorescent lamp. CFLs are different from incandescent or LED lighting in that they use a tube filled with mercury, argon, and trace amounts of inert gases to provide light. They also have a small amount of phosphor powder on the outside of the tube near the bulb's glass window which emits ultraviolet radiation when it is energized. This radiation excites a fluorescent coating inside the tube that then emits visible light.

LED stands for light-emitting diode. There are many types of LEDs but all have similar properties:  they emit electrons when stimulated by an electric current, which stimulates a bulbous material in the middle of the diode to emit photons at a specific wavelength. LEDs have a lifespan of 30,000 to 50,000 hours before they need replacement and are far more efficient than incandescent bulbs in their conversion of electricity into light.

How do LED and CFL work?

The main difference between LED and CFL lighting is how they produce light. An LED lamp contains a diode that emits visible light when stimulated by electricity and the body of the light emits heat to keep it cool.

The main difference between a CFL and LED lamp is that CFLs use mercury vapor, argon gas, and a small number of inert gases such as krypton or xenon inside a tube filled with phosphor powder. This mixture produces ultraviolet radiation when electrified which then excites the phosphor powder near the glass bulb's window into emitting visible light.

The difference in lighting technology is a result of a few factors. LEDs are rapidly becoming the industry standard, with benefits including low power consumption and longevity. CFLs have been around since the 1970s but have only recently been used as an alternative to incandescent or halogen lights for their long-lasting capability, high energy efficiency, and ability to produce a brighter light than their predecessor.

The evolution from incandescents to CFLs was gradual as individuals realized that it would be much easier on the wallet in the long run if they switched over to compact fluorescents rather than going through several sets of light bulbs per year. Coupled with China's expansion of a national LED factory, the widespread use of LEDs is now a reality.

How are LEDs better than incandescent lamps?

LEDs are far more efficient in converting electricity into useful light compared to incandescent bulbs because they emit more lumens per watt--as much as four times more. They also have a lifespan of 30,000 to 50,000 hours compared to an incandescent bulb's 1,200 to 2,500 hours.

The CFL is better than the incandescent bulbs in that they use about one-third of the energy for just as much light and last ten times longer. However, it emits fewer lumens per watt over its lifetime (62 lumens per watt) than LEDs (100 lumens per watt). 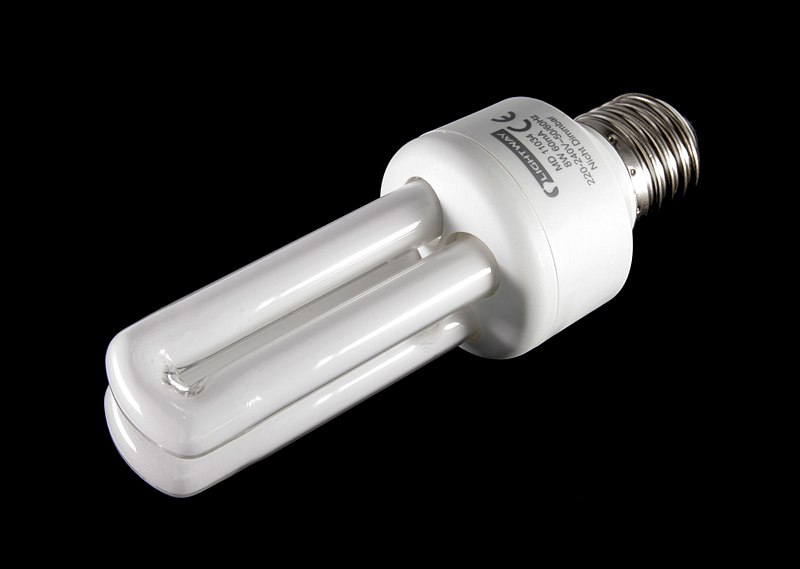 Why LEDs are the best alternative to CFLs?

The LEDs are the best alternative to CFLs because they cost three times more than CFLs but last 50 times longer, so in the long term, you will save money. They emit near-perfect color rendering and use only 20% of the energy that a CFL does.

What should you keep in mind when replacing CFLs with LEDs?

Don't touch the glass part of the LED light bulbs with your bare hands because the oil from your fingertips will cause them not to work properly. Wipe off excess dirt and dust with a clean cloth.

Be sure you chose the correct pin configuration for your LED bulbs because some have a special shape to the plastic base that fits into light sockets. Make sure you already know which kind of bulb you have before buying a new one because otherwise it will not fit into the socket and it will be useless.

Different plugs and play variants of LED lights mean you need to know which kind of base your lamp requires so as not to buy the wrong type. Approved voltage and current requirements for LEDs should be adhered to so as to not damage either the lamp or the electricity line.

When deciding on whether to use an LED vs a CFL, take into account the voltage and current needed by each bulb and compare it with what is available in your home, as well as factors such as how often you'll use the light and whether there's a chance that children will turn it on/off frequently (this can shorten the lifespan of a cordless CFL). Using an LED is always safer than using a CFL because an LED has no fragile filament like those found in regular bulbs.

LEDs are better for outdoor use because they withstand cold weather, but CFLs are good backups for inclement weather.

The only downside that may occur when you switch over from CFLs to LEDs is that they produce a small amount of heat, while CFLs don't get hot enough at their base to cause burns.

However, the claim has been made by people who have tried both types of lighting technologies that it isn't really an inconvenience since you aren't touching the bulb's glass area so there isn't any temperature difference between CFLs and LEDs, or maybe even slightly cooler than CFLs due to its different design whereof the heat is being emitted.

The compatibility between different CFLs and LEDs can be determined by whether they are of the same base type. If you want to replace an incandescent bulb with a CFL, it doesn't matter what voltage or current rating or shape your original incandescent bulb has because any CFL will do, as long as the base type is compatible with your light socket.

The compatibility between LED bulbs and CFLs is more complicated than that for LED vs regular light bulbs.

While the best option for swapping out a standard lightbulb is using one with the exact same pin configuration, if you're switching from a CFL to an LED then it doesn't matter if they have exactly the same pins because both kinds work fine in either kind of fixture. However since most manufacturers don't make LED bulbs with non-standard bases, you might need to adjust the size of your current hole slightly (this can be done with sandpaper). 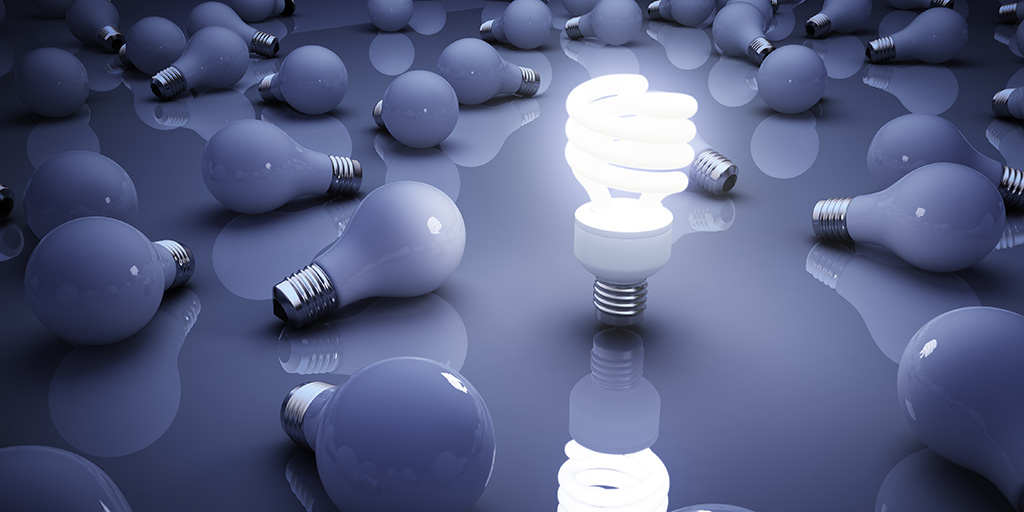 Alternatives that are not as safe include using halogen lightbulbs, which produce large amounts of heat and emit UV rays which can cause damage to eyesight. Also, they only last 3500-10000 hours compared to LEDs lasting over 50000 hours. They're more expensive than CFLs or LEDs but cost about the same as them in terms of energy savings. To top it off, there's also an increased risk of fire hazards compared to either technology so if safety is a concern then they should not be used.

CFLs have their pin type molded into the bottom of the bulb, usually with a number followed by an uppercase letter. The shape should match up with your socket's pins.

CFLs are more sensitive to voltage changes than LEDs are, so it is best not to use them if there's any chance that the power will be interrupted or fluctuate too much. They're also only supposed to be used indoors because they contain mercury, but LEDs are fine for indoor and outdoor usage since they don't have mercury in them.

The socket's pins should be able to accommodate the wattage and voltage requirements of either bulb.

When deciding between LED vs CFL, when you're using them both in the same fixture, then it is best not to mix different types of bulbs unless they are compatible with each other (for example an LED and a CFL), but when LEDs and CFLs replace two separate Incandescent light fixtures in your home, it doesn't matter which one you put in which socket because both technologies work with either type of fixture.

However, if you already have a LED or CFL in one socket and want to replace that with another technology such as halogen lights then it's necessary for them to share similar pin configurations so that nothing is damaged by incompatible wiring.

The amount of electricity a light bulb consumes is measured in watts, and the CFL uses about 75% less energy than an incandescent light bulb. Just from switching from incandescent to CFL, you can save up to $40 per year on your electricity bill, making them one of the most cost-effective ways to save energy at home. LEDs use even less energy! They have a much longer lifespan compared to CFLs which means they will deliver better value for money over time.

The LED vs CFL question doesn't only come down to which technology uses less power, though that's a large factor in deciding between them. LEDs typically last around 50 times longer than CFLs do. The other major factor when it comes to their difference is size: while both LED and CFL sizes vary, LEDs are generally smaller.

This is a big benefit if you're looking to fit them into existing lighting fixtures or lamps. With that said, it shouldn't be too much of a problem to swap out one bulb for the other as long as they have similar power consumption rates – something easily checked by looking at their wattage rating printed on the product's box.

Safety: LED vs CFL bulbs It’s important to bear in mind that CFL bulbs contain mercury vapor which means they need to be disposed of very carefully both during usage and afterward. On the other hand, LEDs do not contain any hazardous materials so they can simply be thrown away when you’re done with them.

Well, you decided to change your CFL to the LED light bulb, but you are struggling to do it yourself. Don't worry! There are plenty of things to consider when it comes to replacing a CFL with an LED light bulb including the type of base they have, the shape of their modules, and even whether or not you need dimmable lights or not.

Remember to use CFLs responsibly so they don't break and release harmful gases into your home! For more ideas on how you can save money by using energy-efficient lighting options rather than relying on incandescent bulbs or fluorescent light bulbs.