Home Safety Can light cause the plastic to melt?

Your LED light might be to blame for that soft, melty spot on your plastic water bottle. Anything else you can think of?

Can light cause the plastic to melt? 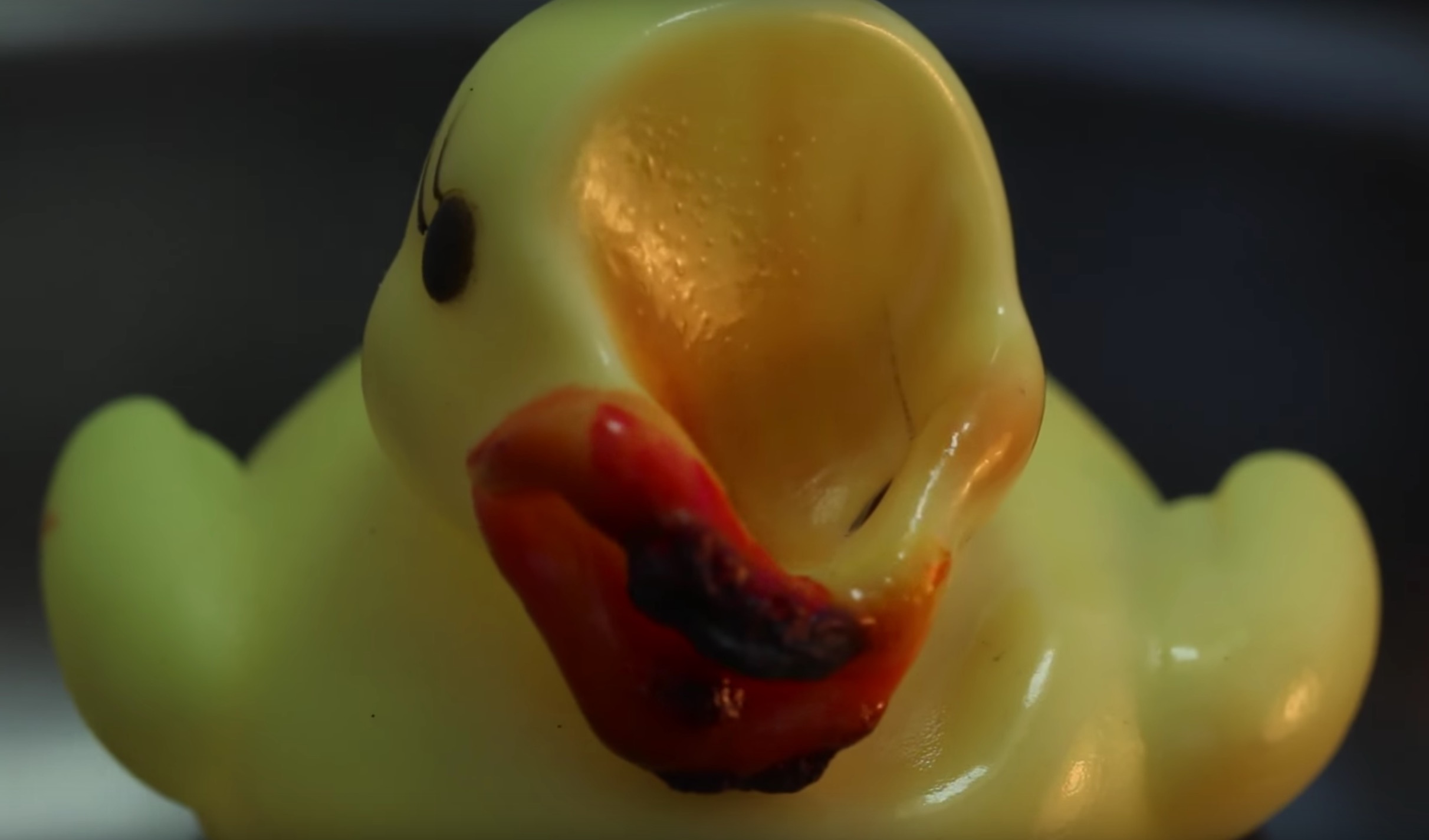 The sun is the ultimate source of light energy, but even artificial sources like your LED light can cause the plastic to melt. In fact, any type of light can cause the plastic to melt if the intensity is high enough. This is because the light is a form of electromagnetic radiation, and all forms of electromagnetic radiation release their energy as heat when they interact with matter.

These plastic polymers come in different transparency levels, from plexiglass-level transparent to opaque. They have a softening point of 392°F or 200°C, and their melting point can range from 428°F to 680°F, or 220°C to 360°C. Not only do these light fixture plastics have a high melting point on their own, but they can also be combined with flame retardant materials for extra fire safety measures. Such temperatures are well above the lumen output temperature of an LED.

Keep in mind, that the LED base only gets up to a maximum of 175°F (80°C), which is well below the temperature that would affect the fixture or material around it. This may happen when LEDs are used in a high-temperature environment or when an LED is placed too close to a heat source.

What type of light can cause the plastic to melt?

Ultraviolet light, or UV light, can cause plastic to melt. This is because UV light has a shorter wavelength than visible light, and thus has more energy. When this high-energy light hits the plastic, it causes the molecules in the plastic to vibrate and release their energy as heat.

Can plastic burn in the sun?

While the sun is capable of causing the plastic to melt, it would take a long time for this to happen. The heat from the sun's rays is not intense enough to cause an instantaneous melting or burning of the plastic. However, over time, the plastic will degrade and become brittle, eventually breaking down into smaller pieces.

What will dissolve plastic?

In general, however, most plastics are not very soluble in acetone. This means that while acetone might have an effect on the surface of the plastic, it is unlikely to cause the plastic to completely dissolve.

There are a number of other chemicals that can dissolve plastic, but they are generally much more aggressive than acetone. These include hydrofluoric acid, sulfuric acid, and nitric acid. These chemicals should only be used if absolutely necessary, as they can be very dangerous. So, in case your plastic melt because of LED light and you want to dissolve it, you can use acetone. Just be careful!

How hot can a light bulb be?

Different types of light bulbs may have different maximum temperatures, but in general, light bulbs can get quite hot. If you were to touch a light bulb that is on, you would probably burn yourself. That is why it`s important to know how hot your light bulb may come.

Most people don't know this, but LED technology was actually created to replace traditional incandescent bulbs. These old-school bulbs run so hot that they can't even be touched! In fact, nearly 80-90% of an incandescent bulb's electrical energy is wasted as heat energy. That is why LEDs are so much more efficient because they don't produce as much heat.

HID is a high-intensity discharge bulb. These bulbs also use a tungsten filament, but they work in a different way. HID bulbs have an arc of electricity that passes through them to create light. This arc is what makes HID bulbs so bright. However, this arc also makes HID bulbs very hot. In fact, HID bulbs can get so hot that they can actually melt the plastic around them!

Some mid-range light bulbs can get very hot at the base, where it screws into the socket. In fact, they can get so hot that you cannot touch the base without hurting your fingers. The base is a separate section from the main case or body of the bulb, so practice good safety and keep your fingers away from the plastic base.

The fact is that after running for at least 30 minutes, the average LED bulb's surrounding enclosure or case surface is only about 85°F (30°C) - which typically falls short of room temperature. So, if you are ever working with light bulbs, be sure to know how hot they can get. That way, you can avoid getting burned or melting anything!

Can LEDs cause plastic fixtures to melt?

The first indicator of whether LEDs can melt plastic light fixtures, bases, and lampshades should be the fact that the LED base is made of plastic.

Take a look at the melting temperature of the specific type of plastic employed in LED lights, sockets, and fixtures to put your mind at ease. Polycarbonate plastic has a melting temperature of 265-275 degrees Fahrenheit (129-135 degrees Celsius). Most LEDs operate at or below 80% of the maximum safe junction temperature for the particular semiconductor material used. This means that an LED will not get hot enough to melt the plastic around it! 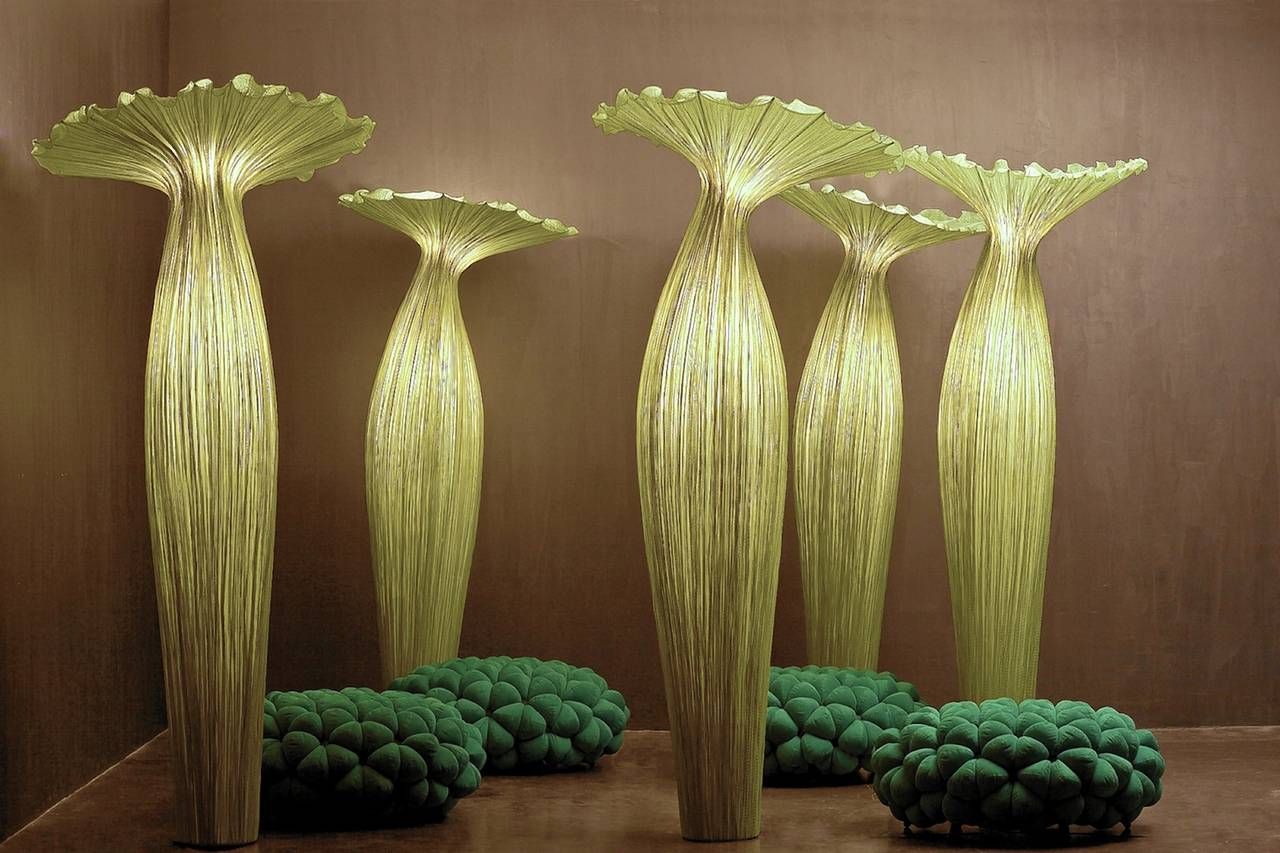 Polycarbonate plastic polymers can either be transparent or opaque. They have a softening point of 392°F (200°C), and their melting point falls between 428-680°F (220-360°C). Such temperatures are usually only reached in commercial and industrial applications.

For regular home use, the short answer is no - LEDs will not cause your light fixtures to melt. You can rest assured that your plastic light fittings are safe with LED bulbs! However, if you are using an older model fixture or if the wattage of your LED bulb is significantly higher than the recommended wattage for the fixture, it is possible that the increased heat from the LED bulb could cause melting. In such cases, it is best to upgrade to a newer model fixture that is designed to dissipate heat more effectively.

To sum it all up, light bulbs cannot cause the plastic around them to melt unless they are specifically designed to do so (e.g. HID bulbs). However, if you are using an older model fixture or if the wattage of your LED bulb is significantly higher than the recommended wattage for the fixture, there is a possibility that the increased heat from the LED bulb could cause melting. In such cases, it is best to upgrade to a newer model fixture that is designed to dissipate heat more effectively.

What fixture is the best solution for your LED?

These types of fixtures allow heat to dissipate quickly and effectively, preventing the build-up of heat that can cause melting.

If you are using an older model fixture or a fixture with poor ventilation, it is best to upgrade to a newer model that is designed to dissipate heat more effectively. This will help to prevent the build-up of heat and the potential for melting.

Also, make sure you don't mix incandescent, CFL, and LEDs in the same fixture since the temperature inside will rise dramatically and while this isn't a fire hazard, it can cause damage to your LEDs for good. Finally, placing LED bulbs on stoves and hood ranges ensures that the heat will be transferred to the bulb. The bulbs, fixtures, or sockets will not melt but will suffer from performance issues as a result of overheating.

So, if you wonder whether light can cause plastic to melt, the answer is no - unless the light bulb is specifically designed to do so. However, if you are using an older model fixture or if the wattage of your LED bulb is significantly higher than the recommended wattage for the fixture, there is a possibility that the increased heat from the LED bulb could cause melting. In such cases, it is best to upgrade to a newer model fixture that is designed to dissipate heat more effectively. Thanks for reading!

We hope you found this article helpful. For more information on LEDs and lighting fixtures, check out our other blog posts or contact us today!