When you touch a light, you're actually touching electricity. And while that might not sound dangerous, it can be. Electricity is powerful stuff, and if you're not careful it can give you a nasty shock.

Can you safely touch the LED?

Touching light can be safe if you know what you're doing. If you're not sure, it's best to leave it alone. Changing a light bulb is simple. However, with certain bulbs, you must take special precautions to avoid touching the bulb with your bare skin.

LEDs are made of materials that conduct electricity, so you can get a shock if you touch the wrong part. The best way to avoid getting shocked is to wear gloves when you're working with LEDs. If you must touch the bulb, make sure you touch only the metal parts. The glass part of the LED is not electrically charged and is safe to touch. LEDs don't get hot, so you can touch them with bare hands. That being said, it's best not to handle them any longer than is absolutely necessary. If you've never used an incandescent bulb before or are unfamiliar with its inner workings, you might be intrigued as to why they shouldn't be handled.

Incandescent bulbs contain a small amount of mercury, which is a toxic substance. If the bulb breaks, the mercury can be released into the air and pose a health hazard. It's also important to recycle incandescent bulbs properly; many local hardware stores offer recycling services for used light bulbs.

Incandescent light bulbs are made up of a small carbon filament enclosed in a glass vacuum bulb. The filament is heated until it becomes live, releasing extra energy as photons (light). Of course, there is a lot of heat generated in this process. Even if your hands are clean, the skin still contains natural salts and oils. Touching anything, including a lightbulb, deposits these fluids and contaminants on the surface.

So, when the light is turned on, the heat of the filament causes these fluids to evaporate, potentially damaging the bulb. In some cases, the heat can be enough to cause the glass to break. Even if the glass doesn't break, repeated touching will shorten the lifespan of the bulb.

In fact, the glass on incandescent bulbs is specially coated to withstand the heat of the filament. However, this coating can be damaged by fingerprints and other contaminants. So, in short, it's best to avoid touching light bulbs whenever possible. If you must touch them, make sure you're only touching the metal parts, and be sure to wash your hands afterward.

Can you get skin damage from LED lights? 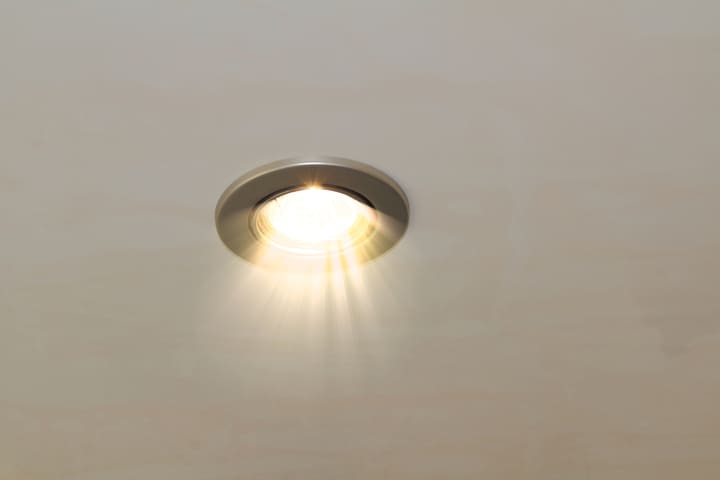 Although they don't produce a lot of heat, faux leather skin gadgets are unlikely to burn your skin because they don't have much power. However, while using them, it is critical to protect your eyes from the glare.

When you are touching light, you are actually touching electricity. While this might not sound dangerous, it can be. Electricity is powerful and if you are not careful, it can give you a nasty shock. If you are unsure about how to safely touch an LED light, it is best to leave it alone. Changing a light bulb is simple but with certain bulbs, you must take special precautions to avoid touching the bulb with your bare skin.

Moreover, if we talk about baby skin then it is very sensitive. So, we should take care while using this kind of gadget.

Can LED lights actually shock you?

Yes, they can. It is possible to get a shock from an LED light if you touch the wrong part of the light. The best way to avoid getting a shock is to make sure that you do not touch the wires or any other part of the light that is not covered by insulation. If you are unsure about what parts of the light are safe to touch, it is best to ask someone who knows before you try to change the light bulb.

For example, the electrical shock that a 6-year-old girl received when she touched a lighted handrail at an outdoor fountain at MGM National Harbor in Oxon Hill in Prince George's County, Maryland, in June 2018 appears to have been caused by an improperly installed LED driver. The girl's father said she was standing on the edge of the fountain when she touched the handrail and felt a shock. She was taken to a hospital and treated for burns.

Touching light can give you a nasty shock if you're not careful. Be sure to protect your eyes from the glare and don't touch any part of the light that isn't covered by insulation. If in doubt, ask someone who knows before changing a light bulb.

What bulb types shouldn`t you touch with bare hands?

LEDs are resistant to being handled with bare hands, whereas incandescent bulbs will shatter if so done. Let's begin with halogen bulbs because of their electrical behavior. These are considered to be incandescent siblings that have grown up. They use less electricity to emit the same light as incandescent, but their filaments are made of different materials.

When you touch a halogen bulb with your fingers, the oils from your skin can be transferred onto the hot glass. This will cause the fragile tungsten wire inside to expand at a different rate than the surrounding glass. If this happens too many times, it weakens the structure of the bulb and causes it to shatter easily.

HID bulbs are also of that type that you shouldn`t touch with your fingers. HID stands for high-intensity discharge. These are commonly used in projectors and car headlights. They are filled with gas and require a lot of electricity to work. The bulb itself is made of quartz, which can withstand high temperatures.

Xenon is also not recommended to touch with bare hands because it is also a gas-filled bulb. It is usually used in flashlights and some car headlights.

At the same time, Neon, LED and incandescent bulbs are considered to be the most resistant to being handled with bare hands. All in all, it is better not to touch any bulbs with your fingers, no matter what type they are. If you do need to change a light bulb, make sure you are wearing gloves or use a cloth to avoid direct contact.

What about night LED lamps?

But what if you have a night light for your child, that may be turned off and turned on only by touch? In that case, you have to be careful not to touch the light with your fingers when it is on. The best way to do this is to use a cloth or gloves.

If you are unsure about what parts of the light are safe to touch, it is best to ask someone who knows before you try to change the light bulb. Touching light can give you a nasty shock if you're not careful. Be sure to protect your eyes from the glare and don't touch any part of the light that isn't covered by insulation. If in doubt, ask someone who knows before changing a light bulb. 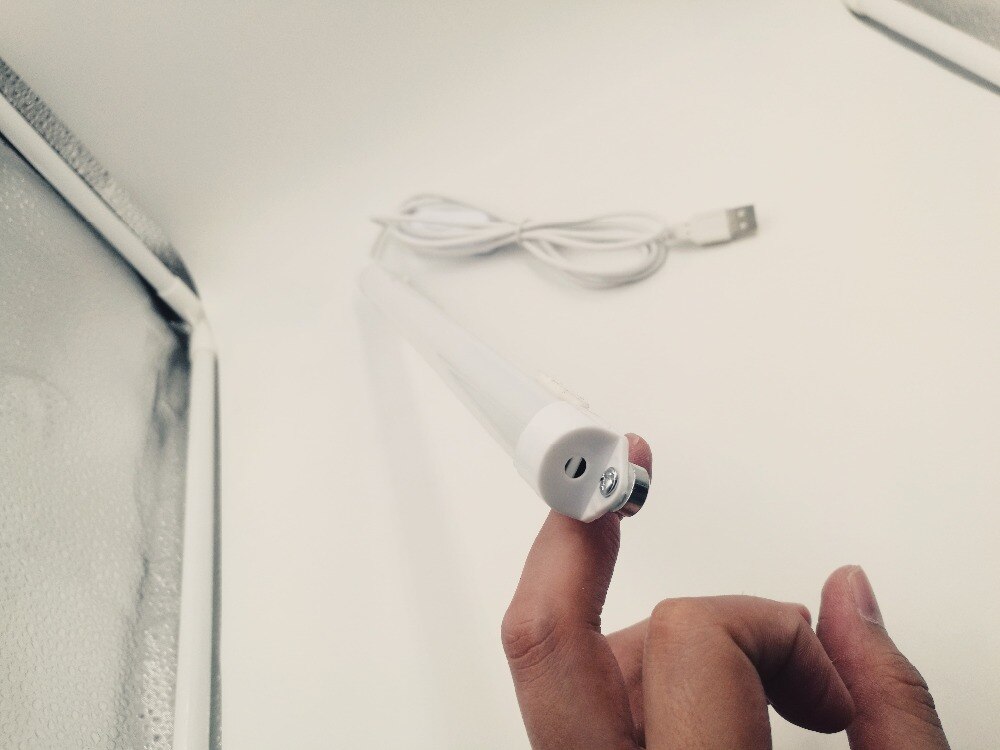 Can I touch LED strips?

Because LEDs generate light rather than heat, they can be handled with bare hands. That being said, it's not a good idea to handle them much more than is absolutely required. The oils on your skin can cause premature degradation of the LEDs, and even if that doesn't happen, it's just plain messy.

If you need to install LED strips in a hard-to-reach place, consider using a pair of pliers or another tool to help position them. This will minimize the amount of time your fingers are in contact with the LEDs. In general, it's best to avoid touching LED strips whenever possible. If you do need to touch them, be sure to clean your hands first to remove any oils or dirt that could potentially damage the LEDs.

Do LED lights age you?

According to a 2012 Spanish study, LED radiation can induce irreversible damage to the retina. Blue light exposure, according to a 2019 report from the French Agency for Food, Environmental and Occupational Health and Safety (ANSES), has "phototoxic effects," including an increased risk of macular degeneration later in life.

While the French study found that "the maximum exposure limit values for blue light should be reduced," it also noted that "no health effects have been observed below these limits." So, while there is some evidence that LED lights can damage your eyesight, it is not clear if the effects are permanent or if they are only a risk at high levels of exposure. If you are concerned about the effects of LED lights on your eyes, you can try wearing sunglasses or other eye protection when you are around them.

Why does LED light up when I touch it?

If a circuit is ungrounded, the small AC current produced by a power supply leaks into its earth. As a result, one of the two possible outcomes occurs when you connect an appliance to an ungrounded socket: The LED gets a little AC current around this threshold, and the diode portion of the Light Emitting Diode ensures that only the "correct" way flows.

The second outcome is that the current is too high, and the diode blows up. That's why some people say you shouldn't touch an LED with your bare hands: The oils on your skin can act as a conductor, providing a path for too much current to flow through the diode and causing it to fail.

Is it normal for LED lights to glow when off?

So, in conclusion, if your LED bulb gives off a faint light even when it's turned off, there's nothing wrong with the bulb. It's because your lighting fixture is still sending out a tiny electrical current through it even when it's switched off.

Glowing LEDs are a normal phenomenon, and there's no need to worry about them. However, if the LED is glowing very brightly, it may be an indication that there is a problem with the fixture or the bulb itself. In this case, you should contact a qualified electrician to investigate the issue further.

Touching light can give you a nasty shock if you're not careful. Be sure to protect your eyes from the glare and don't touch any part of the light that isn't covered by insulation. If in doubt, ask someone who knows before changing a light bulb.

It's also important to be aware of the potential risks of touching LED lights. While there is some evidence that they can damage your eyesight, the effects are not clear. If you are concerned about the effects of LED lights on your eyes, you can try wearing sunglasses or other eye protection when you are around them.