Ranging from household bulbs, flashlights, and car lights. Led lighting technology has come a long way since its introduction to the world in 1962 by Nick Holonyak Jr. Now, most devices that use light emit led light rather than traditional incandescent or fluorescent technologies.

The biggest advantage is its long life span which can range from over 50,000 hours (5 years of continuous use) and the fact that they produce less heat compared to an incandescent bulb. Incandescent lights are very sensitive to vibrations while LEDs are not at all affected because of their structural design, which helps reduce vibration. It also uses less power consumption if you compare it with old conventional fluorescent tube lights giving out the higher intensity of LED lights per watt.

Why do people use LED lights?

There are many reasons why LED lights are getting popular in household lighting, flashlights, and car headlights.

LEDs are also available in various colors including warm white, cool white, red, green, and yellow; which we can use based on preference or purpose such as natural white for reading lamps or mood lights or warm white for the living room and bedroom spaces.

The future of LED lighting 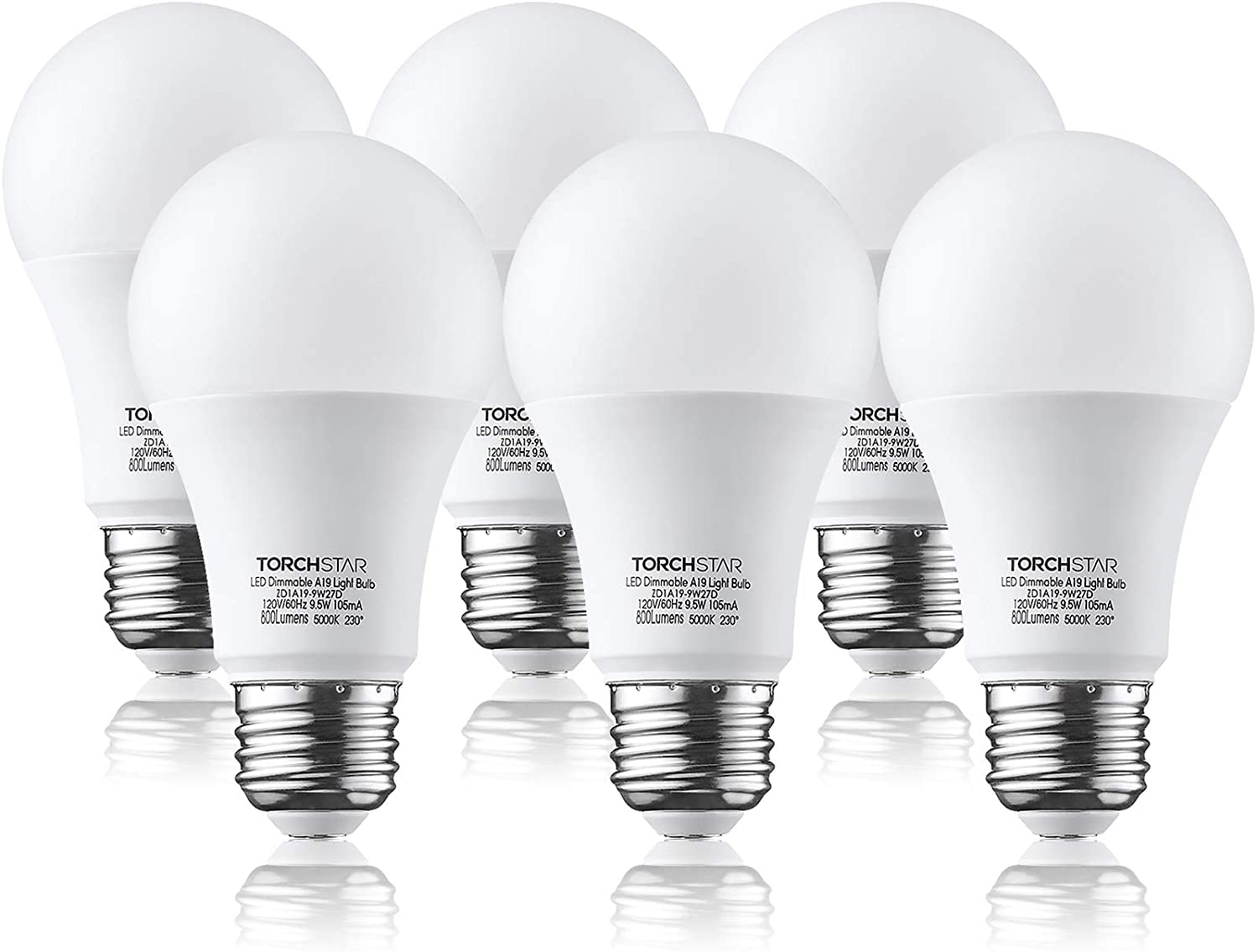 With the number of advantages that led light bulbs to have over other types of lighting technologies, it's not hard to see why this type of lighting is getting more popular every day. In the near future, it is estimated that almost all light-emitting devices will use LEDs as their source of light.

Already, many large companies are making the switch to LED lighting in their factories and office buildings due to its many benefits - like lower energy consumption and longer life span. As technology advances, we can expect even more improvements in LED lights quality and efficiency - making it an increasingly popular choice for households, businesses, and beyond.

You can save energy and money by simply replacing your regular light bulbs with LED lights. Studies show that one 60 watts led bulb can save up to $63 in electricity bills over its lifetime compared to a regular incandescent bulb which only lasts about 1,000 hours (about 6 months) - meaning an average person will have to change the incandescent bulb 22 times before they end up spending more on electricity than what they would if they had used LED lights from the beginning.

The wattage of a bulb is the measurement of its power consumption. When you buy an electric bulb, don`t worry about wattage, because it won`t affect your electric bill. The only thing that matters is the voltage of your lighting system (110 Volts, 220 Volts). Most countries use 110 V for indoor purposes.

Every light source has its own wattage requirement (incandescent bulbs need 60 watts; halogen - 35 watts; florescent - 15 watts; LED -4-8 watts). That`s why lighting manufacturers provide this information on their packaging materials. The only exception is fluorescent tubes which produce light with certain voltages (usually 12 or 24V) and therefore can be used in cars as well.

One thing you may not know about LED lights is that it is not true that the higher the wattage, the brighter the LED light output. The maximum lumen output per watt is different for each color when you compare it to other types of lighting technologies. Here are some comparisons in terms of watts/lumens for incandescent, CFL and LED bulbs:

This means a single 12 watt led light can produce as much as an 18-watt incandescent lamp while consuming less power at only around 10 watts. Some people may prefer using more powerful LEDs but this should also be adjusted depending on the purpose of the light. For example, if you're looking for a reading lamp then it is better to use a less powerful LED with a good color rendition index instead of a more powerful LED that emits a harsh light and does not have a good CRI rating.

As LED technology continues to improve, the max lumen output per watt will also increase - making it an even more efficient and longer-lasting choice for lighting needs. So don't be fooled by LED wattage - a low-watt LED can be just as bright or brighter than a high-watt incandescent bulb. And with all the other benefits that LEDs have over other types of lighting, it's definitely worth considering making the switch to this energy-saving and environmentally friendly option.

What is the equivalence of a 60-watt incandescent to a 12 watt LED? 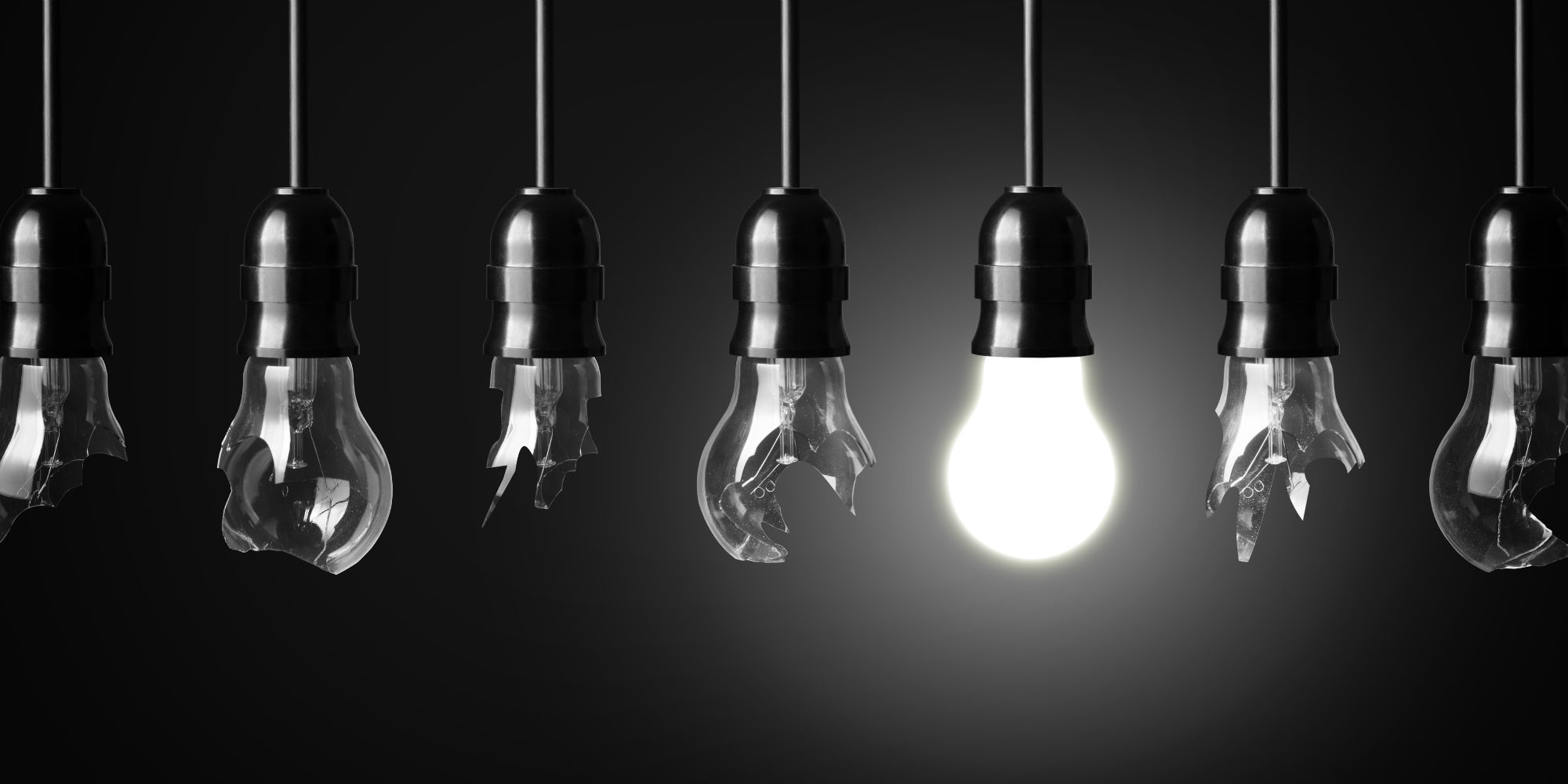 A LED is a Light Emitting Diode. It is a semiconductor device that emits light when an electric current passes through it.

A CFL or Compact Fluorescent Lamp is an electric lamp that uses fluorescent lighting to produce light. CFLs are usually more energy-efficient than incandescent lamps because they emit more light for each unit of electrical power used.

An incandescent lamp is a type of electric lamp that produces light by heating a filament wire to a high temperature until it glows. The hot filament is protected from oxidation with a glass bulb that encloses the filament and the gas or vacuum environment.

CFLs are widely used as a light source in homes both for general lighting purposes and also special-purpose applications such as electronic photography studio equipment.

Incandescent lamps are often used in residential applications for table lamps or any other type of task lamp where the bulb will be frequently switched on and off. They may also be used to provide decorative effects with floodlamps or track light fixtures which aim most of their emitted light downwards. Incandescent bulbs are rapidly being replaced by CFLS for most residential uses due to their lower energy consumption.

CFLs can provide a 25% energy savings over incandescent bulbs. They last an average of about 10 times as long as traditional light bulbs and save you money on both the purchase price and replacement costs.

LED lamps offer significant energy savings over CFLS with even greater longevity. Even though they may cost more than CFLs, they will usually pay for themselves in reduced electric bills within a few years' time and don't require frequent replacement like CFLs.

Some people find the whiter light of CFLs to be more appealing for general lighting purposes, but others prefer the warmer light of incandescent lamps for tasks such as reading. Incandescent lamps with a color rendering index between 80 and 100 are available. These lamps produce light that closely resembles natural daylight, which can make colors appear more vivid to the human eye

Incandescent lamps contain lead and other heavy metals in their glass housings. When these lamps are broken, these toxins can leach into the surrounding environment and contaminate soil and water supplies. CFLs also contain mercury, which is a toxic metal.

While less than 1 mg of mercury is used in a CFL, if a lamp containing mercury is broken, it can contaminate soil and water supplies just like an incandescent lamp. LEDs neither contain lead or mercury nor do they produce harmful UV radiation that CFLs emit. LEDs are more easily recycled than CFLs because all of the components can be completely recovered for reuse in most cases.

LEDs use 1/10th to 1/30th of the power of an incandescent lamp to produce the same amount of light. They contain no harmful toxins, such as lead and mercury, and do not produce any UV radiation that CFLs emit which can damage certain surfaces over time.

As a result, LEDs last longer than either CFL or incandescent lamps and are more environmentally friendly because they don't break down into chemicals that could harm the surrounding environment.