Why does LED light attract insects and spiders?

Insects are naturally attracted to light because it helps them with many basic functions in their lives.

For instance, some species use the moon, starlight, or even artificial lights for navigation when they are migrating.

Other insects use light to find food and mates, while some use light as a warning sign that there is danger nearby. And, of course, most insects have very poor eyesight compared to humans meaning they rely on being able to detect small sources of light nearby in order to see where they are going.

Are spiders attracted to LED light?

The answer to this question is both yes and no. While it is true that some spiders are attracted to light, others are actually repelled by it. So, the answer really depends on the particular spider species in question.

Interestingly, many spiders are attracted to certain types of light, such as ultraviolet (UV) light. This is because UV light helps them to see better in the dark. In fact, some spider species rely on UV light to hunt their prey.

For this reason, you may find that spiders tend to be more active around LED lights than other types of lights. LEDs emit a lot of UV radiation, which can attract nearby spiders. However, not all spiders are attracted to LEDs – some species will actually avoid them.

So, if you’re worried about spiders invading your home, it’s best to use a variety of different light sources. This will help to deter any unwanted arachnids from coming near. And, if you do have spiders in your home, it’s important to identify them correctly in order to choose the most effective pest control method.

Are spiders attracted to LED light?

Generally speaking, yes. Spiders are attracted to some types of artificial light, including LED lights because they offer the kind of UV radiation that can help spiders see in the dark.

Even though LEDs emit some very low levels of UV light, some species will be more attracted to them than others. For instance, outdoor spiders are likely to be more attracted to bright lighting because it helps them navigate when they are crossing large open spaces at night.

But indoor spiders may find themselves overwhelmed by the amount of light available from exposure to an LED source for too long. These results can vary depending on the type of spider involved and how sensitive they are to changes in their environment.

What about black-light reactive spiders?

It’s important to note that not all spiders are attracted to light – in fact, some species are actually repelled by it. This includes black-light reactive spiders.

There is no one answer to the question of whether or not spiders are attracted to LED lights. Some spiders are definitely attracted to LEDs because they emit a lot of ultraviolet radiation, which helps them see in the dark. However, other spider species may be repelled by the amount of light available from exposure to an LED source for too long. It really depends on the particular spider species involved. 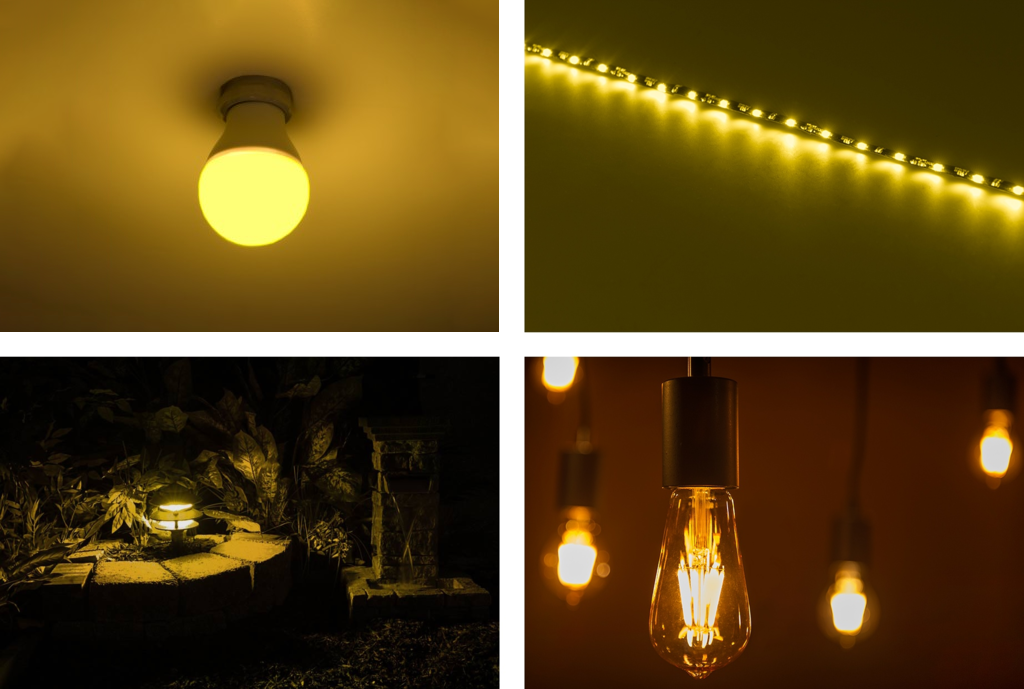 What colors attract spiders much more?

Blacklight, also known as ultraviolet light (UV) is very attractive to many insects. Black lights are sometimes used in entomological studies because they cause certain parts of the insect to glow (fluoresce). This allows scientists to study different body parts that might not be visible under normal lighting.

Many bugs glow when exposed to UV radiation including some spiders, scorpions, and centipedes. Some people use black lights around their home or business premises in order to trap insects for removal purposes. Also, some people claim that black lights repel certain insects like ants and cockroaches, but there’s no scientific evidence proving this assertion.

Black lights are usually sold at pet stores for use with reptiles or other small pets kept in the home. However, they may be available at some dollar stores or online pet supply retailers. You can also use a standard black light bulb (commonly found in hardware stores) if you don’t want to purchase an actual black light fixture.

It is believed that certain colors of LED lights attract insects more than others – usually warmer colors like reds and oranges. If you have a choice, it might be a good idea to opt for these warm colors instead of the harsh blue/white that LEDs typically produce.

How to avoid attracting spiders by light?

In order to avoid attracting blacklight reactive spiders, you have a few simple options. First of all, it’s important to note that many homes already have several sources of ultraviolet radiation – these can range from full-spectrum lighting to fluorescent tubes placed around a room. Also, you should know that certain insects are actually attracted by the UV radiation coming from regular LED lights.

If you really want to keep pests away from your home without using any extra electricity, there are other ways to do it as well. Simply blocking off possible entry points is one excellent way to make sure no creepy crawlies ever set foot inside your home again! This includes plugging up cracks and making sure all doors and windows fit tightly in their frames with no spaces for bugs to crawl through.

If you have an outdoor light near your home, it might be a good idea to replace the standard white light with a yellow or red bulb. These colors are not as attractive to insects and will help keep them at bay.

How to get rid of spiders at home?

If you’ve tried all of the above tips and are still dealing with spiders in your home, it might be time to bring in the professionals. There are many companies that offer spider control services, and they will be able to get rid of any unwanted guests in no time. Keep in mind that most of these services involve using harsh chemicals, so it’s important to read the safety precautions carefully before deciding if this is the right route for you.

You may also wish to use a spray containing natural ingredients if you are concerned about toxicity levels. It’s important to note that there is currently no scientific evidence linking the use of essential oils and synthetic pesticide sprays directly to spider bites, but they may produce negative reactions in individuals with allergies. 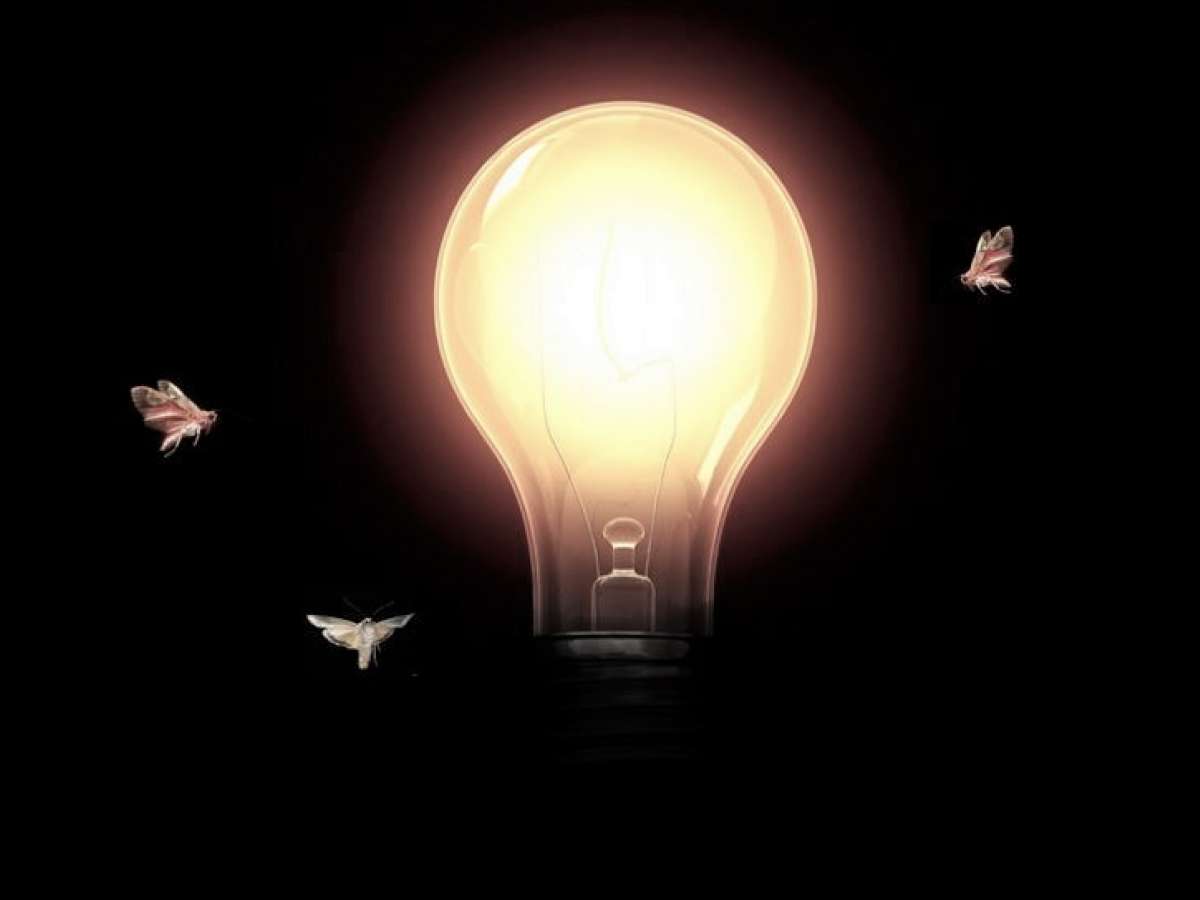 You can usually pick up homemade sprays using ingredients like peppermint and eucalyptus at most health food or grocery stores. Many companies manufacture their own organic formulations which contain plant-based extracts such as clove oil, soybean oil, and cinnamon oil. Be aware that certain countries have banned the use of pesticides on foods so always check with your local health department before buying any type of spray.

What color of light keeps bugs away?

Many believe that LED lights can keep insects away. This is because LEDs emit relatively little UV light, so changing your bulbs may make a difference. The wavelengths in typical LED home lighting are not the ones that insects prefer.

And the best colors of LED lights to keep flying insects away are: cool-white, warm-white, white with yellow and red hues.

How long do spiders live?

Most types of house spiders can survive up to 12 months if they have access to food and water. However, some species are known to live only six months or less before perishing. It’s important to understand that certain factors can greatly affect the lifespan of a spider – even temperature levels inside the home have been known to shorten their life spans significantly.

Keep in mind that most bugs are more active during warm periods, so it might be best to schedule exterminating sessions around this time of year!

When trying out any new pest control products, always remember that pets may also be affected by them. If you have dogs or cats at home, make sure you read all safety guidelines carefully before using any type of spray or powder.

It’s also important to remember that spiders are actually very useful for keeping other pests away from your home. For example, the large black widow spider is extremely poisonous and will kill insects like cockroaches which spread bacteria and cause problems with food storage. They’re also known to help control mosquitoes, so make sure you leave these guys alone if they come inside!

LED lights do attract bugs and insects like mosquitoes and flies. LEDs emit a type of light called ultraviolet (UV) rays which have been known to attract certain types of bugs. Scientists believe this is because ultraviolet light mimics the way the sun's rays penetrate the skin - something these creatures evolved to follow as a navigational method.

You have to remember that insects are also very helpful for the ecosystem. They come in all shapes and sizes, so it’s important for us humans to try to appreciate them rather than just killing them off whenever they cross our paths!