have you ever noticed more bugs when your home or at a campsite was lit with incandescent, fluorescent, or halogen lights rather than LEDs? These kinds of lights all emit ultraviolet (UV) light that is visible to insects but LED lights to tend to produce more blue light on the visible spectrum.

Why are bugs attracted by light?

From an evolutionary standpoint, it makes sense that bugs would be attracted to light sources. There are nocturnal creatures such as moths and fireflies that use the moon and stars to find their way at night, but once the sun goes down, they're flying towards other sources of brightness.

The thing is, white LEDs do produce UV light along with visible light. They actually emit more blue light into the short-wavelength end of the visible spectrum than plain old incandescent bulbs which emit a large amount of red/yellow visible light along with some infrared (IR) and UV light.

As for fireflies, they actually emit their own blue fluorescence in addition to their yellow visible light emissions. Millennia ago, this fluorescence allowed these bugs to communicate with each other while keeping hidden from predators at night - this is how bioluminescence began!

Does LED light attract bugs more than any other type of light?

Overall, there are no scientific experiments that have concluded this. Most sources say it's probably not much different from other light types, but some believe LEDs emit a low amount of UV light which could be attracting the insects.

You can test this theory yourself! Catch some bugs in or near your home after dark and place them in a clear container away from any bright lights. Use incandescent bulbs, CFLs, halogens, standard LEDs, LED strip lights, or outdoor solar/battery-powered lamps to see if they're attracted to certain kinds of lighting more than others. 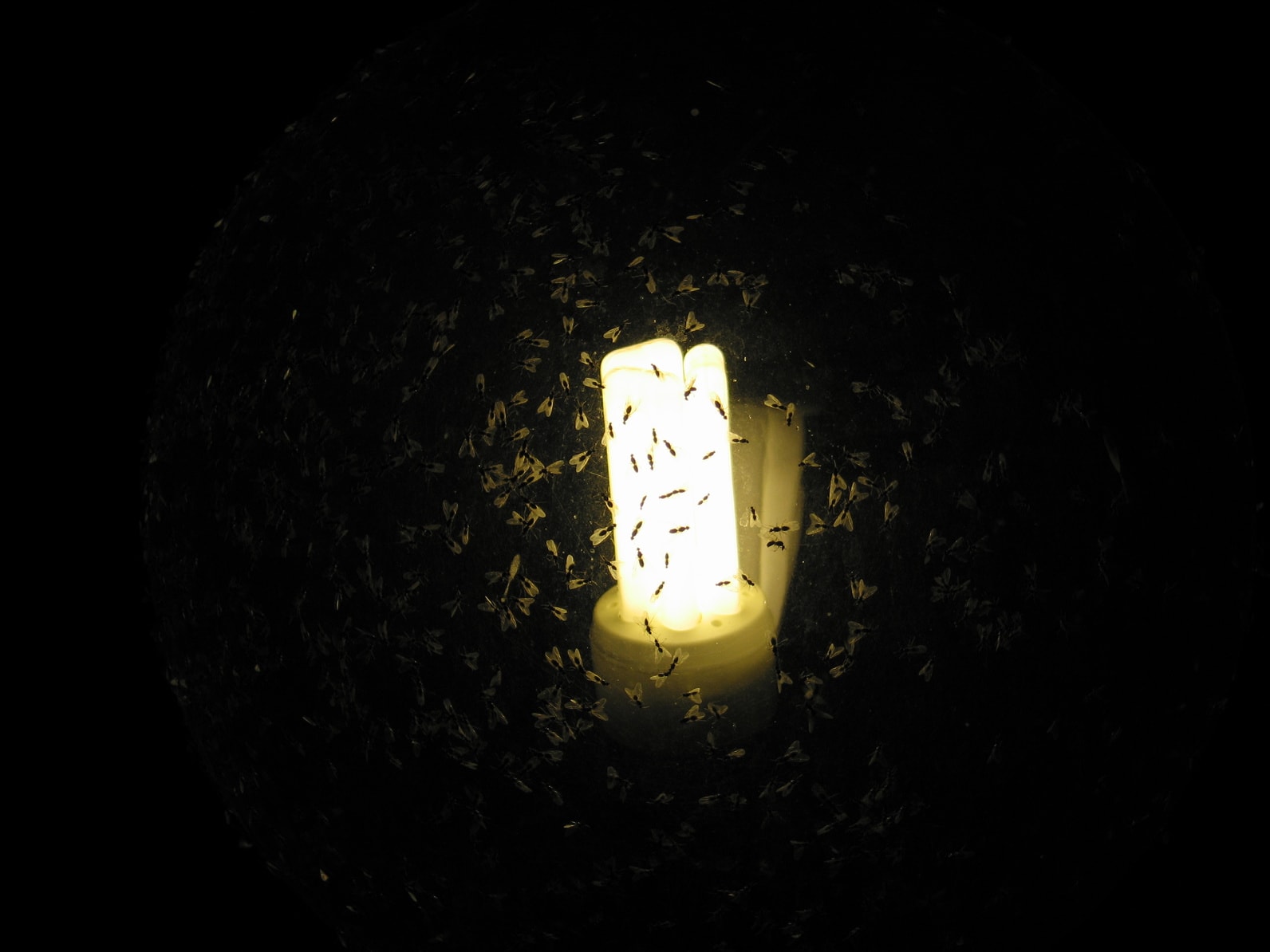 Be sure to never use candles, fire, or any kind of open flame for this experiment because it could be dangerous! Only use the lamps indoors and place them out of reach from children and pets.

The answer to this question is still unknown. There are plenty of sources online that say LEDs produce more blue light and bugs can see in the UV spectrum, but there isn't any documented evidence... yet!

Does this mean that bugs are attracted to blue light instead of other kinds?

Well, according to entomologist Mike Raupp, it depends on the bug. Some types of flying insects are drawn to UV light while others can see different colors in the visible spectrum. For instance, some butterflies and moths will be drawn towards UV light while some beetles may not be affected by it at all.

This means that certain colors of LEDs may attract some kinds of bugs while repulsing others, but regardless of color, they may attract more insects than other kinds of lights.

According to Raupp's website, if you want to enjoy the night sky and not be bothered by insects then it is best to use LEDs that emit amber light because these create a "night sky glow" that attracts fewer insects than blue or white light.

So there you have it: bugs can see different colors and various colored LEDs attract various kinds of flying pests depending on which part of the visible spectrum those types prefer. But regardless of color, they will probably always be more attracted to LED lights than incandescent ones for their brightness and energy efficiency. 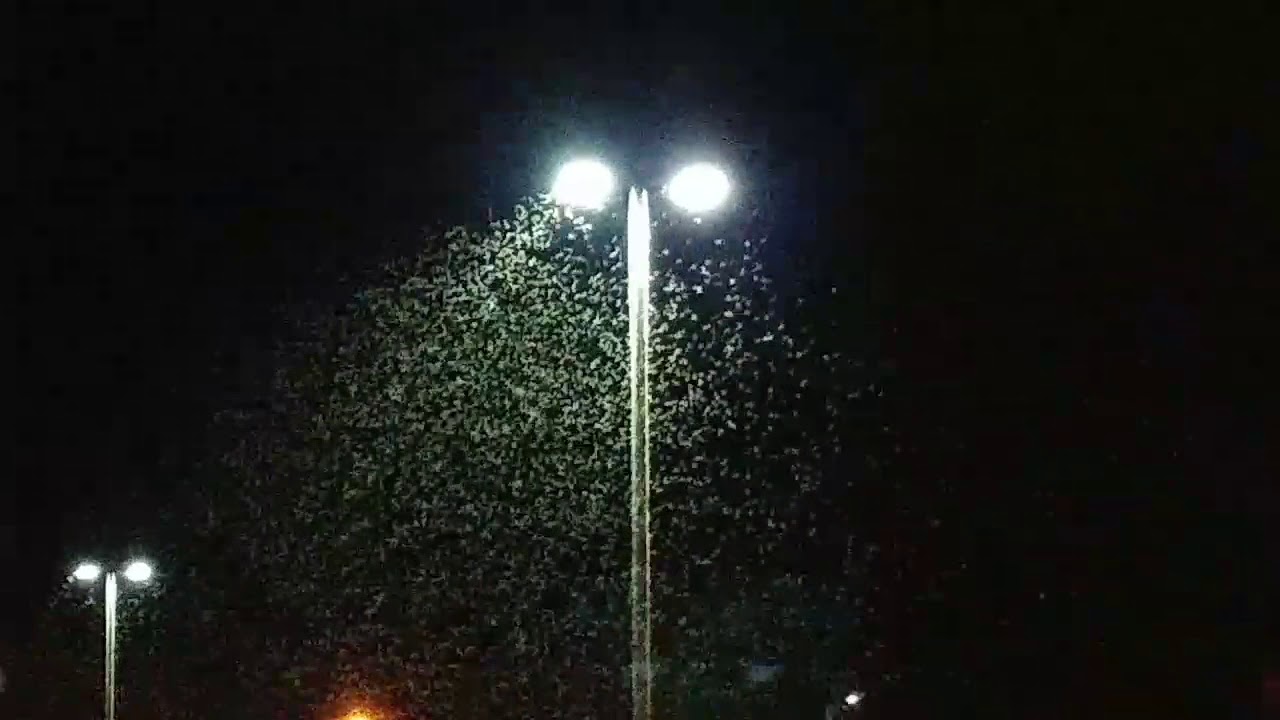 If you want to use lamps that will keep mosquitos away then it's best to choose ones with yellow and amber LEDs as these bugs really aren't very fond of those particular colors.

It is also said that mosquitos cannot see red or green lights so those may be better options for areas where mosquitos often appear, such as near a pool area. Mosquitos can actually see and fly towards blue and violet light though, which means they're probably more likely to flock towards UV-producing LED lights than any other kind.

So, you can use yellow light?

If you decided to replace blue LEDs with yellow LEDs in order to avoid seeing bugs and flies in your room, you will have to change the color temperature.

In case you haven't heard about it yet, when people talk about light color they actually speak in terms of color temperature. This is measured in Kelvins and determines whether a light appears warm or cool. The warmer the light (the lower the number) the redder and orange-ish it will appear and vice versa.

So if you want yellow lights rather than blue ones, opt for lamps with a color temperature between 2700K and 3500K because these are closer to amber/yellow than pure white LEDs which usually have a Kelvin rating higher than 5000K.

There aren't many types of yellow LED bulbs out there though but LX has some great lighting products with yellow colors, available both as LEDs and bulbs.

To conclude this article: if you want to see fewer insects in your home, use LED lights as they are more energy-efficient than incandescent or fluorescent lightbulbs, and bugs are often drawn to their bright glow.

However, not all kinds of LED lamps have the same effect on flying pests so choose carefully based on what kind of bug is most likely to show up in your home. Don't forget that other kinds of bulbs such as CFLs also produce plenty of light which can be just as attractive for certain types of insects. If you simply prefer amber/yellow lights rather than blue ones then opt for lamps with a color temperature between 2700K and 3500K instead.

Of course, you can always try all kinds of lightbulbs and see what works best in your home. Just keep in mind that bugs are attracted to bright lights so whichever bulbs you choose, they will probably always be more likely to flock towards LEDs than any other type of lighting.

As pointed out in this article, bugs are attracted to bright lights so if you want to get rid of them, useless intense lighting.

Insects can see light coming from outside your house and be attracted by the brightness so keep the exterior well-lit but not too bright. As a result, they will fly towards your house but cannot actually enter it because there is no light on the inside of your home. This forces them to go away and look for another place where they can find food and shelter. 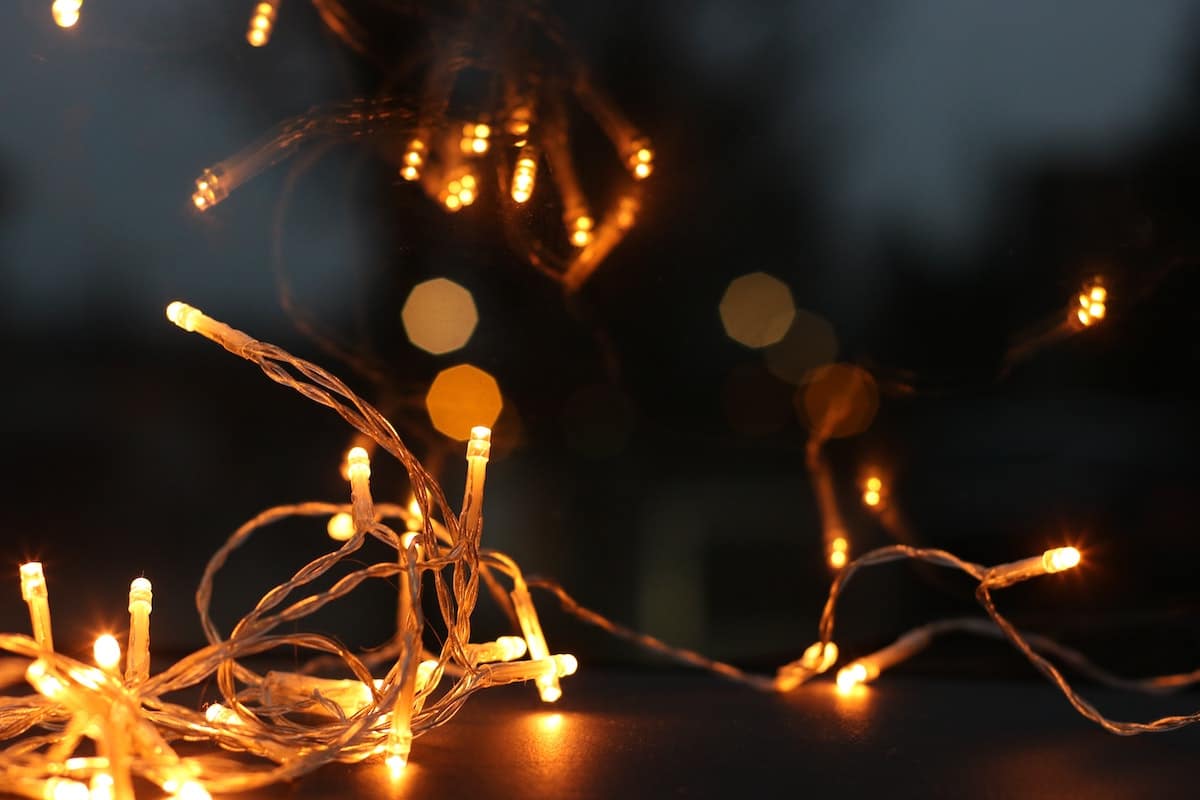 You can do the same thing by covering any open windows with screens that have small holes which are too narrow for most types of flying insects to fit through... But make sure you choose a screen mesh size of 1mm or more, which means you won't be able to see through it with your own eyes.

If the room is relatively dark then it will be harder for bugs to see that there's no light on the inside of your house so place bright LED lights around both the inside and outside of your home. Choose white ones if possible because they are less attractive than blue or yellow lamps and bugs will probably avoid them more easily.

There is also another way to keep flying insects away: by not leaving any food residue, empty glasses, and dirty plates out in the open after dinner time. If your house is clean then there won't be anything for mosquitoes and other types of biting pests to eat or drink as they search for their next source of hydration... so they'll be forced to look somewhere else.

LED lights may be more attractive to certain types of flying insects than other types of lightbulbs but you can make them less attractive by using fewer LED lamps in your home. If there is a room with a lot of bright lights, cover the windows or doorways in a way that keeps bugs out and place additional lamps around both the inside and outside of your house.

Instead of blue or pure white LEDs use 2700K to 3500K yellow ones because these are closer to amber/yellow than fluorescent lighting which usually has a Kelvin rating higher than 5000K.