Many people use LED strips to decorate their homes. They are a great way to add some extra light and color to any room. But how long can you use them? Let`s find it out!

On average, LED light strips can last for up to 50,000 hours. This is much longer than traditional incandescent bulbs, which only last for around 1,000 hours. However, it is important to note that LED light strips will eventually start to dim over time. After about 20,000 hours, they will start to lose their brightness. 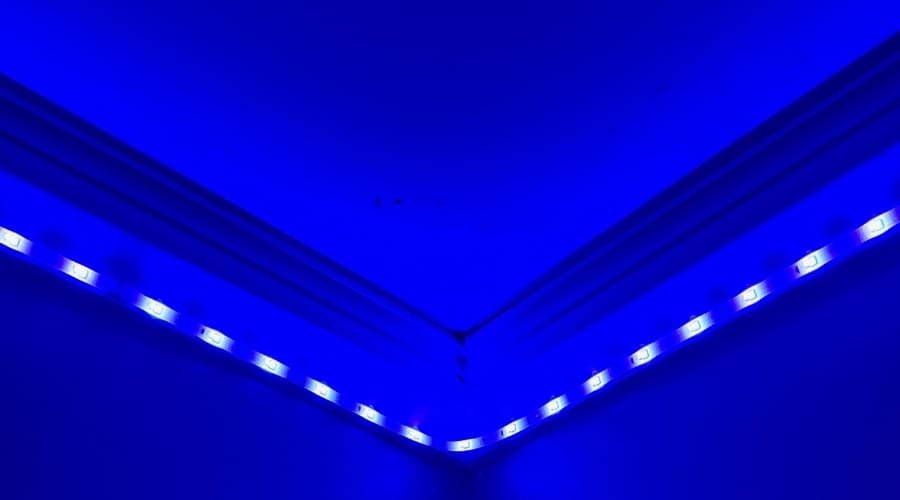 The issue is that the LED strip's adhesive backing may degrade over time when exposed to environmental conditions such as dust, humidity, and sunlight. This can cause the LED strip to fall off of its installed surface. Thus, these strips wear out with time and need to be replaced.

LEDs gradually lose brightness over time, unlike traditional incandescent bulbs. This allows us to define their "useful life" and "end of life." The number of hours until the LED reaches approximately 70% of its light output is defined as useful life. It has end-of-life (EoL) beyond which it becomes too dim a light output to be useful. An important consideration for the lifetime of an LED is thermal design. The lifetime of an LED is greatly reduced at high temperatures. At 85°C, the useful life of an LED may be only half as long as its use at lower temperatures such as 25°C or 45°C.

How can you tell if a LED strip is burnt out?

There are usually several indicators that show when an LED fades out.

In case you spotted that the light output of your LED has decreased, it might be time to replace it. You can know that the output is decreased if you notice that it doesn`t light up a room as it used to do. Also, you can know it with the help of a light meter.

If you notice that the light has changed its color, it means that it`s time to replace the LED. The change in color usually indicates that the polycarbonate lens has yellowed due to exposure to ultraviolet radiation.

This happens when an LED starts to fail. The flickering is caused by an electrical failure within the diode. When this happens, the LED will only be able to produce light for a short period of time before it turns off again. This can happen several times per second, which will cause the LED to appear to be flickering or strobing.

If you notice that there are dark spots or areas on the light, it means that the LED is no longer emitting light evenly. This is usually caused by a build-up of dust on the lens or reflector.

When an LED starts to show any of these signs, it means that it is time to replace it. Depending on how often you use your LED light strips, they can last for several years. With proper care and maintenance, you can extend their lifespan even further. 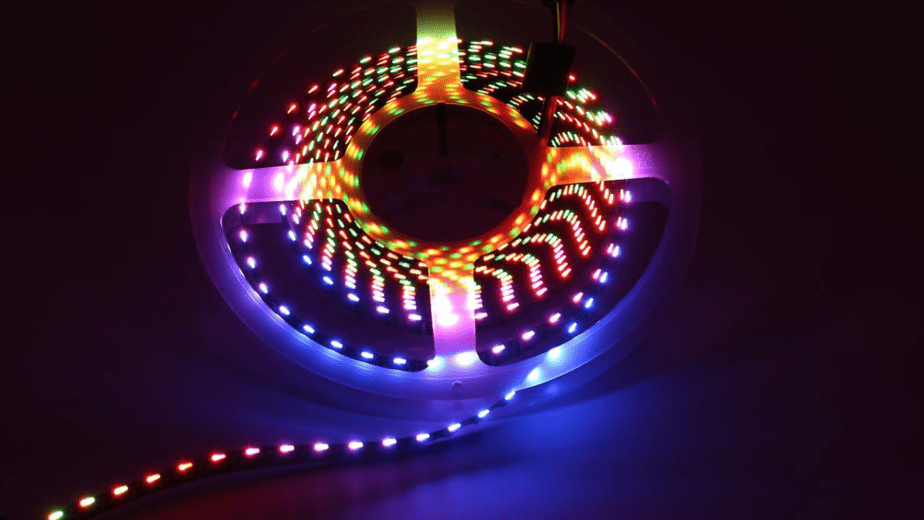 Why are my LED strip lights flickering?

The flickering of your LED strip lights might be caused by voltage fluctuations. All electrical appliances, including strip lights, rely on a constant voltage supply to function properly. If the voltage dips for any reason, the entire length of the will flicker and its brightness will significantly decrease. This can happen due to a number of reasons, such as loose connections, damaged wires, or a faulty power supply.

Another possible reason for flickering LED strip lights is interference from other electrical devices. If you have other appliances that use the same power source, they can cause your LED strip lights to flicker. This is because the other devices can introduce noise into the power supply, which can interfere with the proper functioning of the LED strip lights.

Is it safe to use LEDs at the end of their life?

Some people spot that their LED light strips come to their end and still want to make most of them. But is it really safe and necessary? In fact, when using LED bulbs or light strips, you will not be able to see any light flickering or hear any popping sounds, which is often an indication that the bulb is about to fail.

Is it harmful? Well, not really. But still, when exploiting a bulb or light strip that may come to its end, it is not advisable to keep it on for more than 2-3 hours a day tops. This will help you prevent any potential hazards that might occur.

It is impossible to count 50,000 hours for the LED bulbs and light strips. The reason is that the count only works if all the diodes in an LED bulb or light strip continue to light up evenly. But in reality, some of the diodes may stop working while others continue to function properly. As a result, the light output will decrease and the color of the light will change. When this happens, it is time to replace your LED bulbs or light strips.

There are plenty of factors that may have an impact on an LED lifespan.

Temperature: The warmer the temperature, the shorter the lifespan of an LED will be. That`s why it is not recommended to use LEDs in enclosed fixtures or in direct sunlight. For instance, if you use an LED in a recessed can that is not properly ventilated, the heat will build up and shorten the lifespan of the LED.

Voltage: If an LED is exposed to too much voltage, it will fail. That`s why it is important to make sure that you are using the proper voltage for your LEDs. Most LEDs have a forward voltage of 3.3 volts or 3.4 volts. If you use a higher voltage, it will damage the LED because they are not designed to handle the excessive voltage.

Current: Just like the voltage, if an LED is exposed to too much current, it will fail. That`s why it is important to use the proper current-limiting resistor with your LEDs. If you use too high of a current, it will damage the LED.

Pulse width modulation: If you are using pulse-width modulation (PWM) to dim your LEDs, it can shorten their lifespan. That`s because the constant on and off cycling of the LED can cause it to fail prematurely.

With proper care and maintenance, your LED light strips can last for many years. By understanding what affects their lifespan, you can make sure that they stay in good working condition for as long as possible. 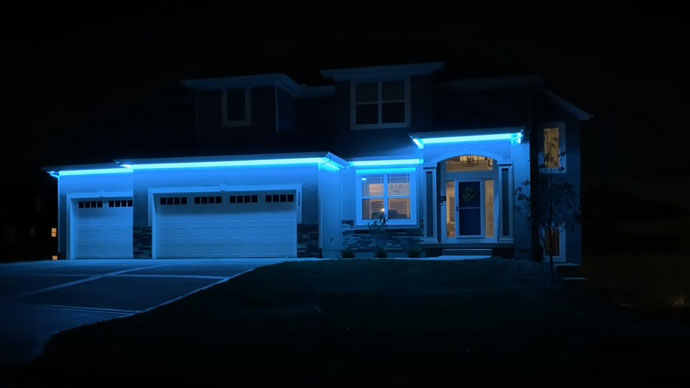 How do you fix a broken LED strip?

A lot of people believe that once an LED strip is broken, there`s no way to fix it. However, that`s not true! In most cases, a broken LED strip can be fixed with a few simple tools and a little bit of know-how. Here are the steps you need to follow to fix a broken LED strip:

Fixing a broken LED strip is not as difficult as it may seem. With a few simple tools and a little bit of know-how, you can have your LED strip up and running in no time.

Can you prolong the time your LED light strip lasts?

Sometimes people want to know how to make their LED light strip last longer. While there are some things that you can do to prolong the lifespan of your LED, ultimately they will still need to be replaced at some point. 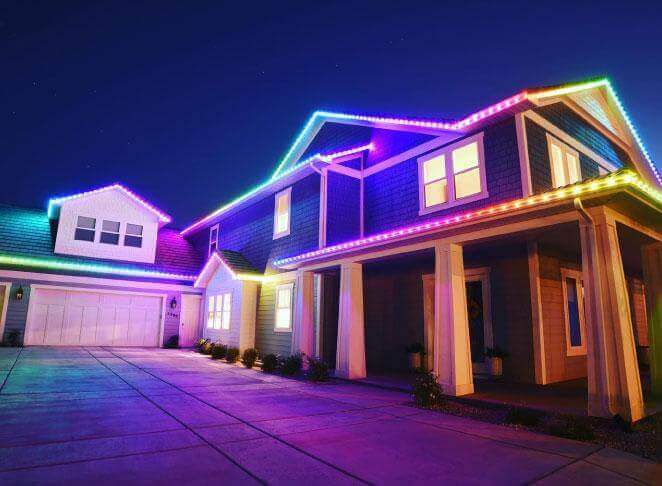 Ultimately, there are a few things that you can do to prolong the lifespan of your LED light strip. However, they will still need to be replaced eventually. So, if you are looking for a way to make your LED light strip last forever, you might be out of luck.