Home Guides CFL bulbs vs LED: should you switch?

When it comes to light bulbs, there are two main types: CFL bulbs and LED bulbs. Both have their own pros and cons, so it's important to know which one is right for you.

How do CFL bulbs work?

CFL bulbs work by using an electric current to excite a gas inside the bulb. This gas produces ultraviolet light, which in turn causes the phosphor coating on the inside of the bulb to glow. A typical CFL bulb consists of the following parts:

Usually, CFL bulbs are used in place of traditional incandescent bulbs because they are more energy-efficient. CFL bulbs use about 25% of the energy of an incandescent bulb and last up to 10 times longer. Their lifespan is typically around 10,000 hours.

CFL bulbs have a number of advantages over traditional incandescent bulbs:

Despite their many advantages, there are also some drawbacks to using CFL bulbs:

How do LED bulbs work?

LED bulbs work by using an electric current to pass through a semiconductor material. This creates light that is then emitted from the bulb. A typical LED bulb consists of the following parts:

Despite their many benefits, there are also some flaws to using LED bulbs:

CFL bulbs vs LED: which one to choose? 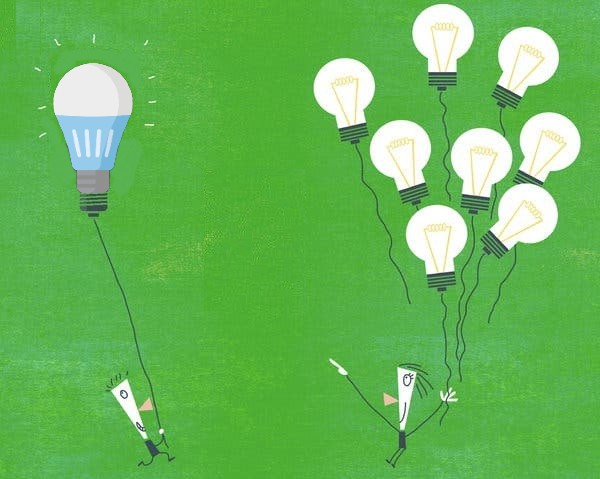 If you're looking to upgrade your home's lighting, you may be wondering whether to choose CFL bulbs or LED bulbs. Here's a quick rundown of the pros and cons of each option to help you make the best decision for your needs.

For an average 800 lumen output, a 60 Watt incandescent bulb is required. The CFL bulb needs 13 Watts, whereas the LED bulb requires 7 to 10 Watts. CFL and LED bulbs vary slightly in terms of wattage, so check before purchasing. For a brighter light of around 1100 lumens, the incandescent bulb would require 75 Watts, the CFL 18 Watts, and the LED between 10 and 15 Watts. It means that an LED bulb uses up to 80% less energy than an incandescent bulb. We have used the current average electricity cost of 13 cents per kilowatt-hour to calculate with a 5-hour-per-day use for 5 days: an incandescent bulb costs $0.26 per year, a CFL bulb $0.06, and an LED bulb $0.014.

Also, bear in mind that this simple comparison isn't always reliable. That's because an LED bulb will operate more effectively in a directed fitting, while a CFL has greater light leakage. Because the LED bulb will be better at focusing the light, you may not require as many lumens from it to achieve the same level of brightness as a CFL.

CFL bulbs take a while to reach full brightness, which can be annoying if you're used to the instant light of an incandescent bulb. However, they do last much longer than traditional bulbs. An LED bulb will reach full brightness almost immediately and will last around 25 times longer than an incandescent bulb. If you're looking for light bulbs that will last a long time, LED bulbs are the way to go. They have a much longer lifespan than CFLs - up to 50,000 hours compared to 10,000 hours for CFLs. So, if you want to save money in the long run by not having to replace your light bulbs as often, LED bulbs are the better choice.

Finally, it's worth considering the environmental impact of each type of bulb. CFLs contain mercury, which is harmful to both humans and the environment. LEDs don't contain any mercury, so they're the more environmentally-friendly option. The fact is that mercury usually isn't released from CFLs unless the bulbs are broken, so as long as you dispose of them properly, there shouldn't be any significant environmental impact. However, if you're concerned about the potential for mercury exposure, LED bulbs are a safer choice.

So, which type of light bulb should you choose? If you're looking for an energy-efficient option that's affordable and has a moderate lifespan, go with CFLs. If you want the longest-lasting option that's also environmentally friendly, choose LEDs. And if you're simply looking for the cheapest option, traditional incandescent bulbs are still available (although we don't recommend them because they're not very energy-efficient). No matter what your needs are, there's a light bulb out there that's perfect for you.

Which is better for eyes LED or CFL? 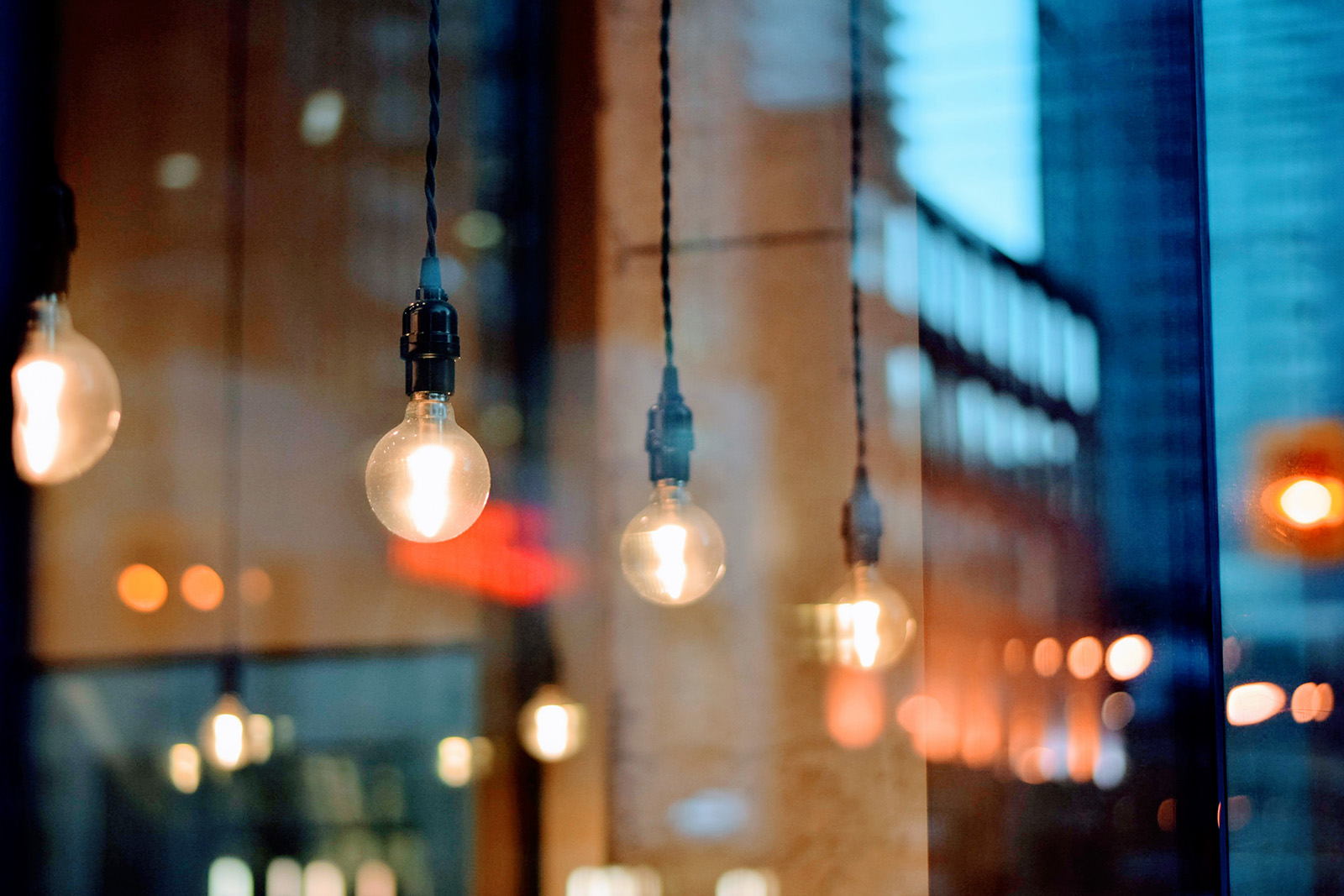 The reason why LEDs don't appear to be more harmful than incandescents is that they use a different spectrum. Because LEDs emit light in the same range as incandescent bulbs, they are just as poisonous and release toxic metals such as mercury into the atmosphere at dangerous levels. However, because LEDs utilize a different color spectrum, they don't pose any additional risk of causing blindness or cataracts compared to CFLs. So, while it's true that LEDs don't appear to be more harmful than CFLs, they are still just as poisonous.

Human eyes are most sensitive to green and yellow colors in the visible spectrum. The peak wavelength of green is 535 nm and that of yellow is 585 nm. The light with these wavelengths causes the least amount of damage to human eyes. Hence, an LED bulb with a green or yellow light is better for the eyes than a CFL bulb.

CFL bulbs emit a bluish light which can be harsh on the eyes. They also flicker more than LED bulbs, which can cause headaches and eye strain. So, if you're looking for a light bulb that's better for your eyes, LED is the way to go.

Are LED lights brighter than CFL?

The secret to success is to comprehend the technology. In a nutshell, LED and CFL technologies don't differ in brightness intrinsically. Lumens are responsible for determining light intensity. So, if you want a comparison in this metric, look at the lumen output.

CFLs have a lumen output of around 800-1,600 lumens. In contrast, an LED will generate between 700 and 1,600 lumens. The bottom line is that there's no difference in brightness between these technologies.

Do CFL bulbs cause problems with health?

Many people tell us that they're worried about the potential health effects of CFL bulbs because they contain mercury. However, it's important to remember that mercury is only released from CFLs if the bulbs are broken. As long as you dispose of them properly, there shouldn't be any significant health risks associated with CFL bulbs.

That said, some people are still concerned about the potential for mercury exposure from CFL bulbs. If you're one of those people, then you might want to consider switching to LED bulbs. LEDs don't contain any mercury, so they're a safer choice for those who are concerned about the potential health risks. Moreover, the light emitted by CFLs can be harsh on the eyes. So, if you're looking for a light bulb that's better for your health, LED is the way to go.

How to switch from CFL to LED?

If you're looking to switch from CFL to LED bulbs, the process is actually quite simple. Start by finding an LED bulb that emits the same amount of light as your CFL bulb. To begin, you must ensure that the base and bulb size match to accommodate the new LED light. If you have a ‘standard' light fixture, simply check to see whether or not the pin connection is compatible. LEDs are rarely larger than CFLs, but it's prudent not to assume this.

As for pin bases, the E26 or ‘standard' size is the most common in North America. In Europe, it's the E14. Once you determine which base size you need, find an LED with an equivalent base. For example, a 10-watt (40-watt incandescent) LED bulb that emits 450 lumens of light will have a lumen output that's similar to your old 40-watt CFL.

You can also use a lumen calculator like this one to find an LED equivalent for your specific CFL. Simply enter the wattage and lumen output of your current bulb, and it'll give you a list of matching LEDs. Once you've found an LED replacement for your CFL, all you need to do is screw it into the socket and flip the switch. That's it! You're now using an LED bulb. So, there you have it. Switching from CFL to LED bulbs is easy and can save you money in the long run. So make the switch today!