You go through the room and spot that one of your light bulbs is out. You make a mental note to replace it later and go about your day. But have you ever wondered, does a burned-out bulb still use electricity?

What do light bulbs do when they burn out?

Light bulbs ultimately burn out due to continual stress on the tungsten filament that generates the light. Every time a light bulb is switched on and off, it heats and cools rapidly, stressing the filament and causing it to become weaker and brittle. Over time, the filament will eventually break, causing the bulb to burn out. 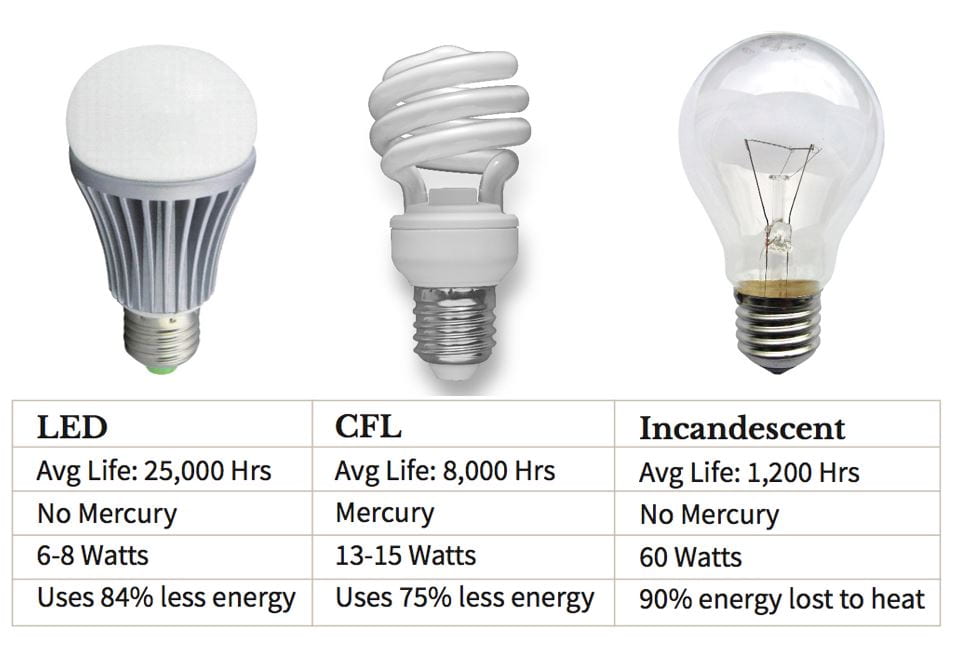 Do burned-out bulbs use electricity?

Can LEDs use electricity when burned out?

The most common type of light bulbs are LEDs, because they are more energy-efficient than other types of bulbs. When an LED light bulb burns out, it may still use a tiny bit of electricity. However, it uses so little electricity that it won’t affect your energy bill.

The problem is that, as more elements generate light, more components may still consume electricity. When the light-emitting components fail, the circuit isn't physically damaged. As a result, the current continues to flow through the circuit to these other parts. That's why a burned-out bulb can use a tiny bit of electricity.

However, the amount of electricity used by a burned-out LED is so small that you probably won’t notice it on your energy bill. In fact, the only time you might see a difference is if you have a lot of light bulbs that have burned out. But even then, the increase in your bill would be minimal. For example, if you have a LED with a power rating of 3 watts and it’s burned out, it will only cost you about $0.036 per year to keep it lit.

The full power of an LED is only used when the light is on. When an LED is turned off, it doesn’t use any electricity. And if you have a lot of light bulbs that are turned off, they aren’t using any electricity. So, if you’re wondering whether or not to replace that burned-out bulb, don’t worry about the electricity it’s using. Replacing it will actually save you money in the long run because LED bulbs are more energy-efficient than other types of bulbs.

What about incandescent bulbs?

Incandescent bulbs are made of a filament that is heated by an electric current until it glows. When the filament burns out, the current can no longer flow through it and the bulb turns off. When the bulb is destroyed, the filament is broken — you should be able to detect that it has been snapped if you look closely at the lightbulb. When this happens, the circuit is disrupted. Consider it a switch: because it obstructs the circuit from being completed, the filament becomes a blocker.

And while the connection is broken, no current can flow and the bulb is effectively turned off. When the switch is closed, the circuit is complete. If that happens, there is no path for electricity to flow through the completed circuit, which equals infinite resistance. So, when an incandescent bulb blows, it won't use any electricity.

That is why when people use incandescent bulbs, they often leave them on even when they leave the room. Because there is no current flowing through the filament, no electricity is used — and since the switch is off, there's no way for current to flow even if someone were to turn the light back on.

CFLs work a little differently than other types of light bulbs. They use an electric current to excite mercury vapor inside the bulb, which then produces ultraviolet light. This UV light is converted into visible light by a fluorescent coating on the inside of the bulb. 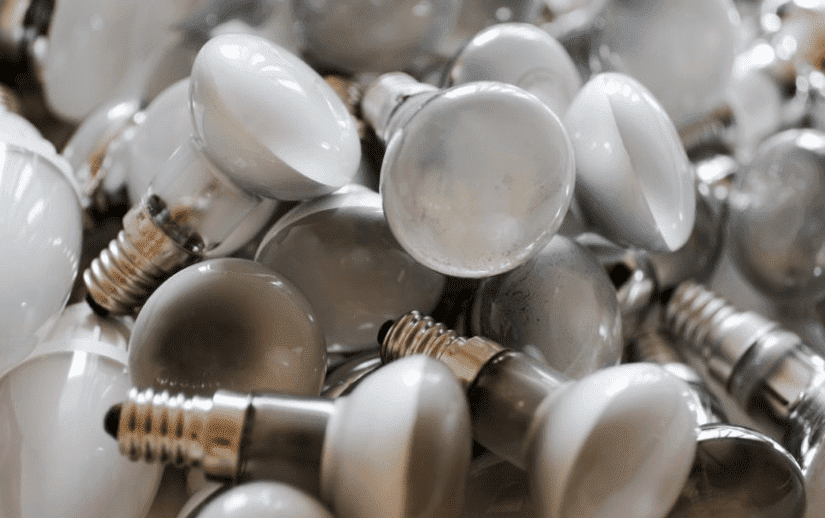 Even at half-brightness, a blown CFL bulb consumes roughly 10W of power, which means you'll be talking for many hours before your power bills are affected. If you leave a blown CFL light on for an extended period of time, it may end up costing you money in the long run. However, if you forget to replace a burned-out CFL light, it will not put you in financial distress.

That is why when CFL light bulbs burn out, people often don't bother to replace them right away. The light bulb is not using any electricity, so there's no reason to replace it immediately. However, it's still a good idea to replace CFLs when they burn out because they are not as energy-efficient as LEDs.

What happens when a smart bulb blows?

Sometimes happens that even smart bulbs burn out and need to be replaced. While a burned-out smart bulb may not draw any electricity, it can still affect your home's Wi-Fi network.

A blown smart bulb can emit a loud " buzzing " sound that can interfere with your home's Wi-Fi signal. If you have a lot of smart bulbs that are turned off, they may also slow down your Wi-Fi network. So, if you have a burned-out smart bulb, you should replace it as soon as possible. The consumption of electricity in such a case is null, but there can be other consequences if the bulb is not replaced.

What causes bulbs to burn out quickly?

In fact, there are several factors that can cause light bulbs to burn out prematurely.

One of the most common causes of early light bulb failure is using the wrong type of bulb for the fixture. For example, if you use a higher-wattage bulb than what the fixture is rated for, the excess heat can shorten the lifespan of the bulb.

Another common cause of premature light bulb failure is vibration. If a lightbulb is loose in its socket, it can vibrate when the power is turned on and off. This vibration can cause the filament to break, which will cause the bulb to burn out.

If the light bulb's wattage is greater than the maximum suggested wattage for the device or fixture, it will become too hot and burn out the filament. In the worst-case scenario, that excess heat might cause a home fire.

It's also important to note that light bulbs have a limited lifespan, no matter how well you take care of them. Even if you use the correct wattage bulb and keep it securely screwed into its socket, it will eventually burn out. On average, an incandescent light bulb lasts about 1,000 hours while a CFL can last up to 10,000 hours. An LED has an even longer lifespan of 25,000 hours or more.

Can I leave a light bulb socket empty?

This may not seem like much, but it's enough to cause a current in your body of 0.5 amps. This can be fatal if the current flows through your heart. So, while an empty socket won't use any electricity, it's still not safe to leave it open. It's best to either screw a light bulb into the socket or use a plug to cover the opening. If you are worried about leaving a socket empty, you can always buy a plug to cover the hole. This will prevent anything from getting into the socket and will also help to keep the area around the socket clean.

So, should you leave a burned-out bulb in a socket?

If a light bulb has blown and you don't have a replacement on hand, the safest option is to leave it in the socket. Don't take it out and leave the circuit open to debris, which can cause an electrical fire. Just make sure to replace the bulb as soon as possible so you can avoid any potential problems.

So, don`t worry if a bulb burns out and don't feel like you need to replace it immediately, but do keep in mind that it's still a good idea to replace CFLs when they burn out because they are not as energy-efficient as LEDs.

Can a light bulb socket shock you?

Lightning and high-voltage power lines are two of the most common causes of electric shock. Touching a light bulb socket or outlet, being struck by lightning, or being electrocuted by a high-voltage power line can all result in an electrical shock. Being shocked by electricity might cause burns, organ damage, and — in more severe situations — cardiac arrest and even death.

And you are afraid of touching a light bulb socket because...? If you are ever in doubt, always consult a professional electrician. Here are some tips to keep in mind when changing a light bulb:

In case you are still afraid that a lightbulb socket can shock you, we advise you to take some safety measures. You can use a rubber glove or insulation tape to cover your hand when changing the lightbulb. This will help to prevent any possible shocks.

If you wondered whether burned-out bulbs use electricity, the answer is no. They don't use any electricity, but it's still not safe to leave them in an open socket. It's best to either screw a new light bulb into the socket or use a plug to cover the opening. And if you are ever in doubt, always consult a professional electrician.