Home Guides LED headlights are too bright - why and what to do?

We've all been there before. You're driving in the dark and you see a car coming towards you with its headlights on. You can't help but squint and wonder, "Do they really need to be that bright?"

LED headlights are becoming more and more popular in today's cars. They are very bright, and some people say they are too bright. There have even been reports of LED headlights causing accidents because they are so blinding. So, why are LED headlights so bright? And should we be worried about them? 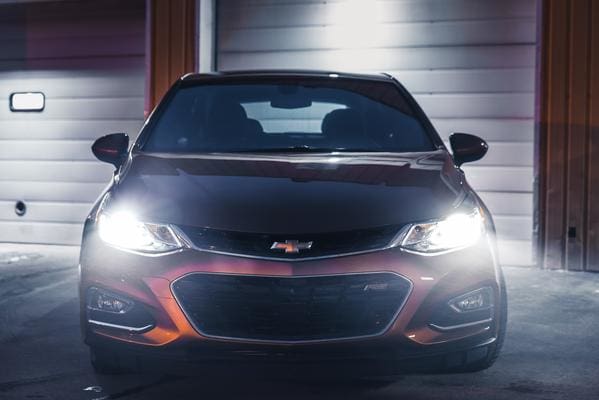 Can LED headlights blind the drivers?

For sure, the brightness of LED headlights can be overwhelming, especially when you're driving in the dark. But it's important to remember that LED headlights are not actually any brighter than traditional halogen headlights. In fact, they are usually dimmer. So why do they seem so much brighter?

The approaching drivers can get blindfolded by the LED headlights from the opposite side. This is called "headlight glare." Headlight glare happens when the light from a car's headlights is so bright that it interferes with a driver's ability to see. It can cause temporary blindness and make it difficult to see the road.

What are the benefits of LED headlights?

They have many benefits over traditional halogen headlights. They're brighter, they use less energy, they last longer, and they produce a whiter light.

So, why LED headlights are too bright?

Well, it all has to do with the way they emit light. LED headlights produce a very strong and concentrated beam of light. This can be great for seeing at night, but it can also be a bit much for oncoming traffic. Some drivers have complained that the bright light from LED headlights is actually causing them to experience headaches and eye strain. So, if you're someone who is sensitive to bright light, you may want to avoid driving behind a car with LED headlights.

When compared with ordinary halogen light bulbs, LED headlights are definitely much brighter. In fact, they are so bright that some carmakers have started to offer adjustable brightness settings for their LED headlights. This allows drivers to choose how bright they want their headlights to be, which can help reduce the risk of causing eye strain for other drivers. If you're looking for a new set of headlights, you may want to consider LED headlights. Just be aware that they are quite a bit brighter than traditional halogen light bulbs, and they may cause some eye strain for oncoming traffic.

At the same time, CFL light bulbs produce much more light than regular LED bulbs, making them ideal for use in headlights. However, CFL bulbs also contain mercury, which is a toxic substance. Therefore, it's important to dispose of CFL bulbs properly to avoid contamination. 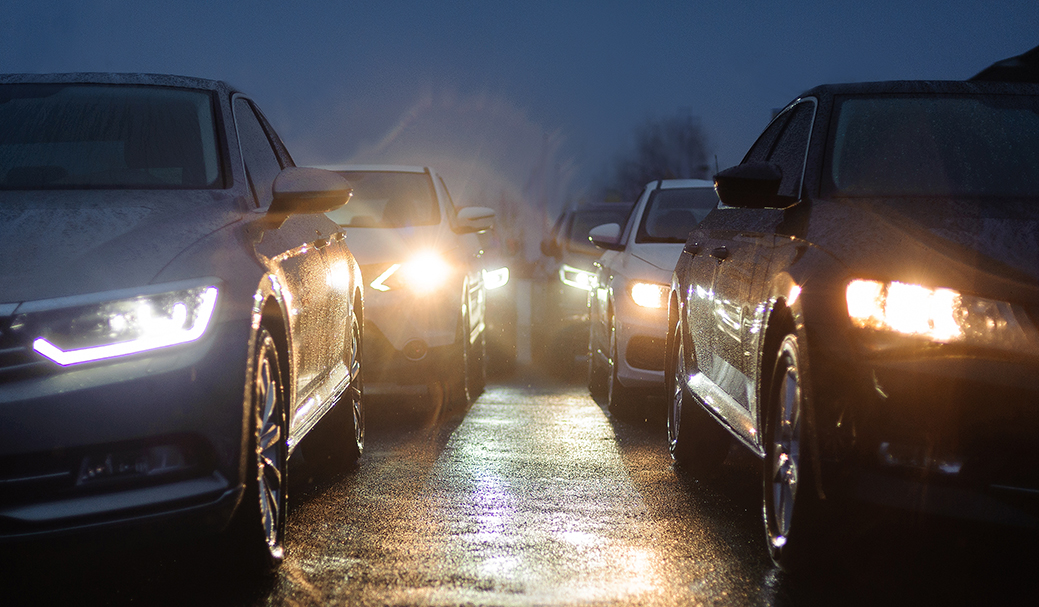 What is the legal lumens for LED headlights?

The combined light output from the lamps shall not exceed 2513 lumens. A pulsing system to indicate deceleration is also allowed on any motor vehicle, in which an amber light is placed in the middle of a vehicle's rear. Amber LED brake lights are also commonly seen on the back of many motorcycles. Many states in the USA have made it mandatory for all vehicles to have LED headlights. You can check with your state's DMV to find out the specific requirements for your state.

If you want to compare the figures, let`s take a headlight and a usual table lamp with an LED bulb. They both will have the same lumen output, but the light will be very different. The headlight will produce a focused beam of light that is much brighter than the light from a table lamp. This is because the headlight is designed to produce a strong and concentrated beam of light that can illuminate the road ahead.

Therefore, if you are looking for a new set of headlights, you may want to consider LED headlights. Just be aware that they are quite a bit brighter than traditional halogen light bulbs, and they may cause some eye strain for oncoming traffic. You can check with your state's DMV to find out the specific requirements for your state.

How can you know how many lumens feature your headlights?

OK, it is clear that the number of lumens is important, especially for car headlights. But how can you know how many lumens feature your headlights?

Keep in mind that different states have different laws regarding the maximum amount of lumens that a headlight can produce. So, be sure to check with your state's DMV to find out the specific requirements for your state. 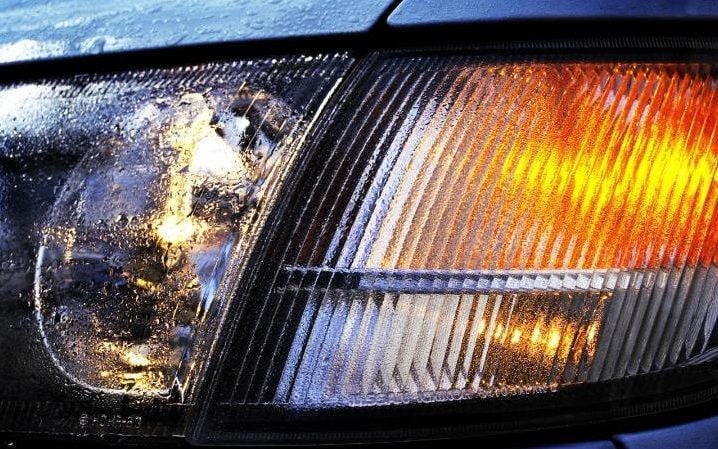 Maybe you have an unoptimized light direction?

If you pick a low-quality bulb, you could discover that the light isn't properly directed. Assume it isn't directed appropriately towards the road. It may be shining straight into the eyes of an approaching motorist if it's not positioned correctly.

In fact, the positioning of the light in your headlights is pretty important. It's one of the main things that determines how bright your headlights will be. If your light is shining straight into the eyes of oncoming traffic, it will be much brighter than if it's properly positioned. That's why it's important to make sure that your headlights are properly aligned. You can usually adjust the aim of your headlights yourself, but you may need to take it to a mechanic or a dealership if you're having trouble.

Drivers should double-check to see whether the bulbs are suitable for their car. LED lights aren't interchangeable. It won't be consistent with the OEM reflector if you install the wrong one, which might be another reason why the beam isn't directed properly.

What to do with a poor-quality LED bulb?

The other hazard with low-quality bulbs or LEDs that aren't safe to drive with at all is that they may be too bright. Cheaper LED manufacturers may even claim their products are super-bright or the brightest headlights available. You should be aware that these bulbs may produce a light that's too bright for other drivers. But what LED bulb to choose and how to make it properly? You should be aiming for a light output of around 2,000-4,000 lumens for LED headlights. This is still 300% brighter than previous halogen bulbs and can be considerably brighter than HID.

How do you dim LED headlights?

Dimming your headlights is pretty simple. You can use a regular dimmer switch, or you can buy an LED-specific dimmer switch. LED dimmers work by reducing the amount of power that is sent to the LED. This reduces the amount of light that is produced by the LED, which makes it appear dimmer.

You can also use a regular dimmer switch to dim LEDs, but you may need to experiment with the settings to find the perfect setting for your LEDs. It's also important to make sure that the dimmer switch you're using is rated for use with LEDs. Some dimmer switches are not compatible with LEDs and could damage them.

It's as simple as adding resistors to the connection or perhaps a few resistors to ensure that you get the correct brightness – this is known as analog dimming. Because of various state laws regulating the brightness (and colors) of LEDs on cars, this is something to consider. Besides, drivers can be cited for having too-bright headlights.

You might want to consider getting an LED headlight conversion kit. These kits usually come with everything you need to install LED headlights in your car. They often include a pair of LED bulbs, a set of wiring harnesses, and a set of instructions.

What happens if I dim a nondimmable LED?

If you use a regular dimmer switch to dim a non-dimmable LED, the LED will probably just turn off. This is because LEDs need a certain amount of power to function properly. If you reduce the amount of power that is sent to an LED, it will stop working.

So, if you're considering dimming your LED headlights, make sure to get an LED-specific dimmer switch. These switches are designed to work with LEDs and won't damage them. Also, these bulbs may burn out faster if you constantly dim them. This is because the reduced power can cause the bulb to overheat and eventually fail.

LED headlights are too bright because they emit a large amount of light. This can be annoying for other drivers and may even cause some eye strain. You should pick an LED with a good color temperature and make sure that the LED bulb you choose is rated for use in your car. You can also use a regular dimmer switch to dim LEDs, but you may need to experiment with the settings to find the perfect setting for your LEDs.

If you're considering dimming your LED headlights, make sure to get an LED-specific dimmer switch. These switches are designed to work with LEDs and won't damage them. Also, these bulbs may burn out faster if you constantly dim them. This is because the reduced power can cause the bulb to overheat and eventually fail.